Starting out hot was the key to the Mastodons ending their losing streak, and they proved so early. Six minutes into the game, Purdue-Fort Wayne built a 19-5 lead. A Stanley Umude block and dunk on the other end sparked a mini-run for the Coyotes, but even when offense was clicking for USD, Purdue-Fort Wayne shot the lights out of the gym, preventing a Coyote comeback.

By halftime the lead had grown to 27 points for the Mastodons. Senior John Konchar had eight points, eight rebounds and nine assists. The 52 points scored by the Mastodons is the third most in a Summit League Tournament first half.

The Coyote offense improved in the second half, but the Mastodons went shot for shot with the Coyotes, not letting them back into the game. Senior Trey Burch-Manning dove for a loose ball with 13 minutes left, and came up limping, putting little to no pressure on his left leg.

A few minutes later Tyler Peterson fouled out of the game, and a Coyote team who had used seven players up to this point had to consider diving deeper into the bench just to keep playing. Senior Dan Jech would be the eighth Coyote into the game allowing, some starters to get some rest.

Burch-Manning wouldn’t return to action, but appeared on the bench with crutches and ice on his left foot/ankle area. Head coach Todd Lee said it might be a high ankle sprain.

Konchar eventually tallied his triple-double with scouts from the Dallas Mavericks and Detroit Pistons in attendance. Konchar finished with 18 points, 10 rebounds and 10 assists. The triple-double is the first in Summit League Tournament history.

“Embarrassed is a strong word, but I think everybody feels embarrassed by what happened,” Lee said. “We prepared, but they came out and Fort Wayne is a great team. They are capable of putting it on you.”

The Coyotes up-and-down season comes to end in a disappointing way. Losing Senior Tyler Hagedorn before the season hurt the Coyote presence inside. The Coyotes injury bug continued to bite throughout the early months of the conference schedule. Lee said in his 30 years of coaching, he has never experienced a year quite like this.

USD ended the season on something of a high note outside of the quarterfinal game. They won four of their last five regular-season games and were healthy for the better part of the last few weeks. With a lot of the team returning, including four starters, the Coyotes will start to prepare for next season with the hopes of getting to the top of the Summit League.

“Obviously we faced a lot of injuries this season and we kind of went through a rough patch during the season,” Simpson said. “I’m proud of the team and my guys. We never had our head too low,  we always showed up to practice ready to work and ready to get better. We won four of our last five which was good to see, but we laid an egg tonight.” 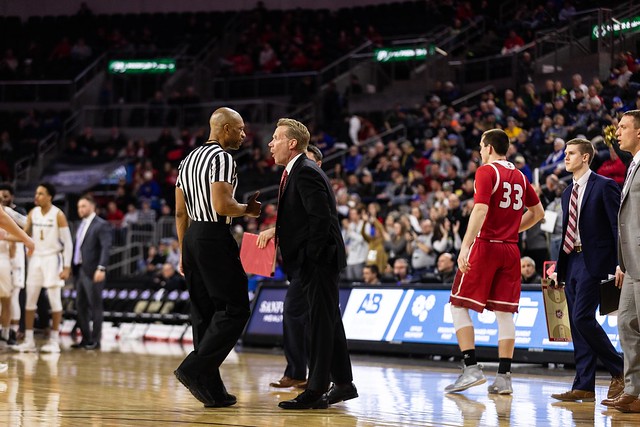 Coyotes set to host NIVC final with win over Tulsa

Coyotes set to host NIVC final with win over Tulsa