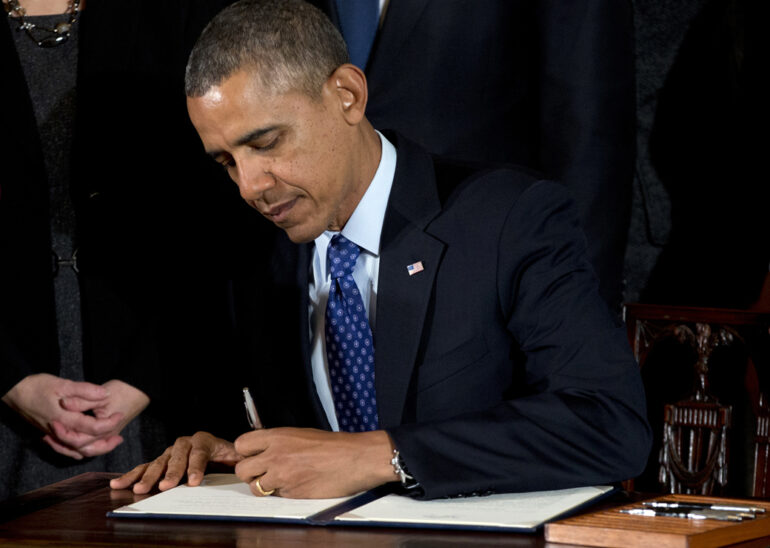 WASHINGTON (AP) — The Obama administration admonished colleges and universities — “No more turning a blind eye” — as it released guidelines designed to stem sexual assaults on campuses and help the victims.

A White House task force on sexual assault recommends in a report to be released Tuesday that schools identify trained, confidential victim’s advocates and conduct surveys to better gauge the frequency of sexual assault on their campuses, since these types of crimes are underreported.

It says the Justice Department will help develop training programs in trauma care for school officers and assess different models for schools to use to adjudicate such cases, since some sexual assault survivors are wary of a legal process that can open them up to potentially painful or embarrassing questions by students or staff.

It also promises greater transparency. A new website, notalone.gov, will post enforcement actions and offer information to victims about how to seek local help and information about filing a complaint, the White House said late Monday.

The task force is providing a checklist for schools to use in drafting or reevaluating sexual misconduct policies, including ideas a school could consider when defining what is or isn’t sexual consent.

“Prevention and education programs vary widely, with many doing neither well,” the task force said. “And in all too many instances survivors of sexual violence are not at the heart of an institution’s response: They often do not have a safe, confidential place to turn to after an assault, they haven’t been told how the system works and they often believe it is working against them. We heard from many who reached out for help or action, but were told they should just put the matter behind them.”

The task force, appointed by President Barack Obama in January, was making its recommendations following a 90-day review that included dozens of in-person and online meetings with victims, advocates and higher education representatives. It was made up of Obama’s Cabinet members, including Education Secretary Arne Duncan and Attorney General Eric Holder.

“Colleges and universities need to face the facts about sexual assault — no more turning a blind eye or pretending it doesn’t exist,” said Vice President Joe Biden, who was to make remarks Tuesday when the task force findings were released. “We need to give victims the support they need — like a confidential place to go — and we need to bring the perpetrators to justice.”

While 1 in 5 female students is assaulted, the White House said in announcing the task force that the review was also about protecting male victims and engaging men in discussions about preventing such assaults.

Within higher education, many campuses have been working to make improvements, but the issue is complex and some college administrators have sought answers from the federal government about how to interpret federal law. Research has shown that most campus sexual assault victims know their attackers, alcohol or drugs are often involved and only 12 percent of college women attacked report it to police.

A key tool the government has against campus sexual assault is Title IX, which prohibits gender discrimination at schools that receive federal funds. The 1972 law is better known for guaranteeing girls equal access to sports, but it also regulates institutions’ handling of sexual violence and is increasingly being used by victims who say their school failed to protect them. Fifty-one campuses currently have such an ongoing investigation involving sexual violence, the Education Department said.

Title IX requires that schools proactively work to prevent sexual crimes, promptly investigate complaints and discipline the accused if it’s more likely than not that violence occurred. The school can’t retaliate against students who file complaints and must ensure that victims can continue their education free of ongoing harassment.

Complaints have ticked up in the past couple years, after the Education Department publicized guidance on Title IX’s sexual assault provisions in 2011. The department can withhold federal funding from a school that doesn’t comply, but so far has not used that power and instead negotiated voluntary resolutions when they find violations.

Another law that campus sexual assault cases fall under is the Clery Act, which requires colleges and universities to annually report crime statistics on or near their campuses, to develop prevention policies and ensure victims their basic rights.

Photo: In this Jan. 22, 2014, file photo, President Barack Obama signs a memorandum creating a task force to respond to campus rapes during an event for the Council on Women and Girls in the East Room of the White House in Washington. The Obama administration is taking steps to help colleges and universities measure the magnitude of sexual assaults on their campuses and provide better protections for victims. A White House task force on sexual assault recommends in a report to be released April 29 that schools identify trained, confidential victim’s advocates. It also wants schools to conduct surveys to better gauge the frequency of sexual assaults on their campuses. (AP Photo/Carolyn Kaster, File)

Nov 15th, 20220
Kristi Noem won re-election for South Dakota Governor on Nov. 8. During her speech, Noem focused on her...
Campus

Oct 11th, 20220
Applications for the Biden-Harris Administration’s Student Debt Relief are set to go live sometime at the...
Read about: Best Detox Shampoos for Hair Drug Test and Synthetic Urine and Fake Pee manual
© The Volante 2015. All rights reserved.