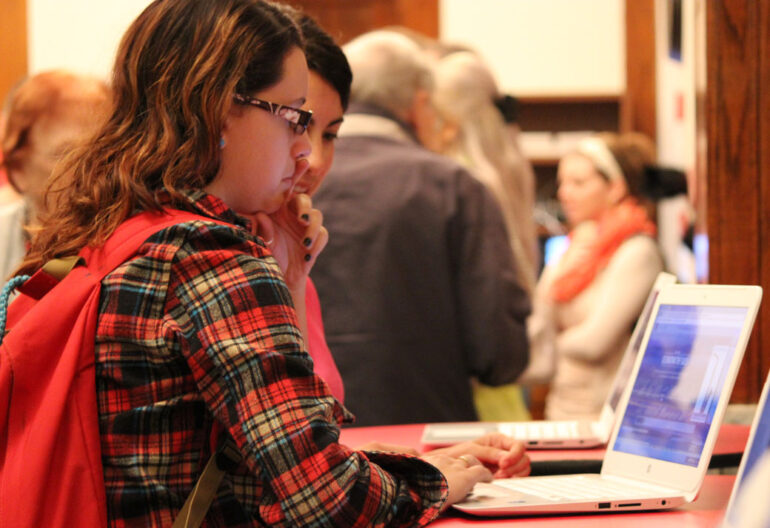 Boasting a collection of more than 15,000 historical instruments and other musical artifacts, the National Music Museum will go viral as Internet giant Google makes a visit to the museum at the University of South Dakota Friday.

As part of its Cultural Institute project, Google will video the museum’s extensive exhibits with its street view technology and add it to the online gallery project, which allows art museums across the country to showcase their collections to art enthusiasts from the comforts of their home.

The museum and Google will unveil their project Friday starting at 10 a.m. in Vermillion — free for all those attending.

“It’s a great study tool and it’s a great travel tool. You are doing a sort of ‘armchair museum going,’” said Patricia Bornhofen, communications manager for the museum.

Google Cultural Institute is a program dedicated to providing free art access to people around the globe. The National Music Museum is the first institution in the state to host Google and is also the first collection featured in the Cultural Institute focused primarily on musical instruments.

“[It] gives people who wouldn’t have the opportunity to travel here to get a taste of what the National Music Museum has,” Bornhofen said. “It shows them the ‘crown jewels’ of the museum and it inspires them to come to the museum as well.”

The virtual gallery provides high-resolution, multi-view images of more than 70 instruments from its most famous violin made by Stradivari, to the Les Paul guitar and all things in between, Bornhofen said.

Each picture on the virtual gallery gives readers more information about the piece. Browsers can also search within a museum’s gallery for a specific type of instrument or a specific constructor.

“It’s pretty cool that the National Music Museum is part of something this exciting,” junior  Abby Schieffer said. “Google is huge, so for it to come to Vermillion is a big deal. I think their new virtual gallery is something everyone should take time to go see.”

Google is funding the entire project. The National Music Museum had to provide the labor of supplying the platform with photos and choosing which instruments would go on the site.

“In a sense, however, Google is doing this for free because they want to make this kind of culture accessible to everybody,” Bornhofen said. She added the project will connect the museum to others like it on a global scale.

“The National Music Museum is very fortunate that we’ve been selected among many different institutions to be part of this Google Cultural Institute, which is bringing together cultural artifacts and information from museums and institutions all over the world and putting them onto this online platform,”  she said.

Other elite museums part of Google’s project include the Metro Museum of Art in New York City, the Art Institute of Chicago and the National Gallery of Art located in Washington, D.C. In all, more than 400 cultural institutions have been showcased in the online gallery.

The next phase of Google’s project will be ‘video capturing’ the museum, which will allow visitors online to participate in a virtual walk through, much like that of Google Street View.  Once completed, the video capture will appear alongside the National Music Museum’s virtual gallery.

USD will also be ‘video captured’ by Google.

“It puts USD on a list with various other elite schools that already have Google Street View,” Bornhofen said.

As for the future of the museum, Bornhofen said the Google gallery will set the museum over the edge.

“The National Music Museum is at the tipping point of recognition. People are becoming aware of us — we’re hoping that people will see us more and more as their next trip destination,” Bornhofen said.