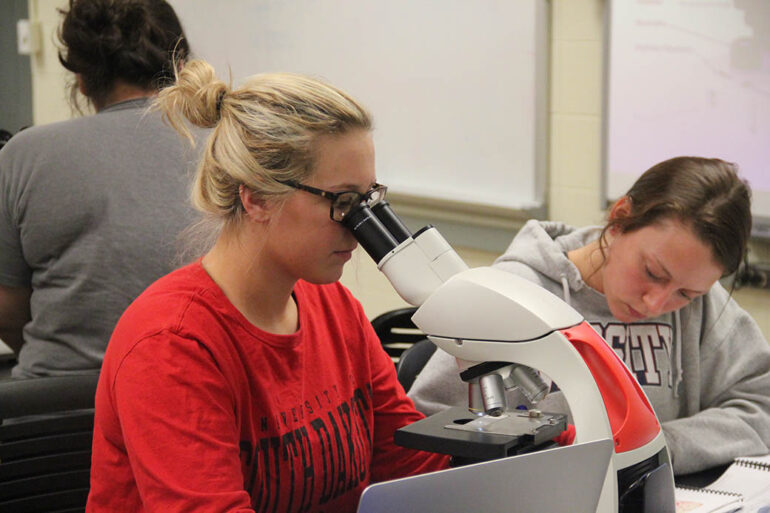 Academics
Students work in an introductory biology lab in Churchill-Haines Tuesday afternoon. USD's medical biology program has been given a major donation by the family of a deceased alum, which it will use for labs, research and scholarships. Mason Dockter / The Volante

USD’s medical biology program is about to be the beneficiary of a huge cash infusion, courtesy of the family of an alumnus.

Keith Nolop, a former Volante editor, graduated from USD in 1975 and spent decades working in pharmaceutical development. According to his obituary in the New York Times, he worked on drugs to treat cancer, asthma and allergies.

In May of last year, Keith Nolop was killed in a bicycle wreck in Pacific Palisades, C.A., at the age of 63. After careful consideration, his family decided to donate several million dollars of his estate to the USD medical biology department.

The total amount of the gift currently is $4 million, but there’s a possibility more will come when Keith Nolop’s brother, Neil Nolop, comes to visit campus next month. Steve Brown, president and CEO of the USD Foundation, will be meeting with Neil Nolop when he visits.

“The gift amount that we have received to date is $4 million, and we are expecting close to another million dollars will be available for this gift in early May,” he said.

Once the scholarships are up and running, there will be four active full-ride scholars at any one time, with one handed out per year, Kaius Helenurm, chair of USD’s biology department said.

“He wanted to enrich the educational experience of people like him,” Helenurm said. “Coming from anywhere in South Dakota – like, rural places, way out there – but who are bright and motivated, he wanted to help them.”

The benefits of the donation won’t be seen in the program until the fall of 2018.

The biology department has more than 550 majors, Helenurm said.

“This will not necessarily do something for most of them,” he said. “But for the students interested in medical biology… it’ll be really huge.”

Neil Nolop said philanthropy was something his late brother had planned for.

“He had a very broad request in his will, he just simply said, the remaining fortune that he had, after he distributed some money to his nephews, et cetera, he just wanted to give everything to charity, and he left it up to us, to me, to decide where to go with it,” Neil Nolop said.

The time Keith Nolop spent at USD was a formative period in his life, his brother said. 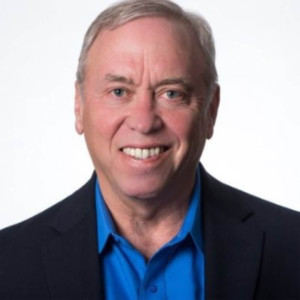 Keith Nolop donated money to USD prior to his death, so the family felt that giving to the school would be in keeping with his wishes.

“He felt that it was important to support the university,” Neil Nolop said.

Brown said the Foundation had been planning to have Keith Nolop visit campus before his death.

The money will be held by the USD Foundation, which will try to parlay the money and make interest off it. The interest on the funds can be used for scholarships and research, biology professor Jacob Kerby said.

“They’re really good at managing the money, so they’re not going to blow all $5 million in a year and not have any more money,” he said. “They’re smart about it.”

Kerby said the magnitude of this gift is practically unprecedented, especially within the program.

“For the biology department, in particular, we’ve never received a gift this large,” he said.