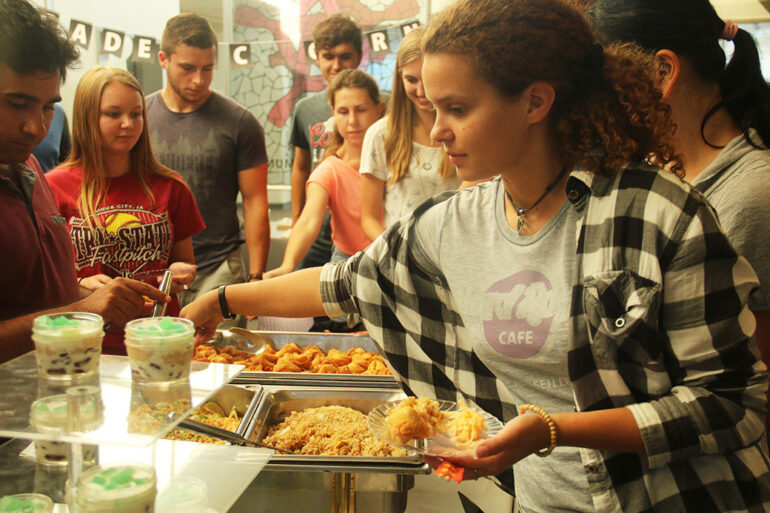 “Taste of Asia” featured food from five different countries: Japan, China, Vietnam, Thailand and Korea. AASA members said this kick-off event was held to teach others about Asian culture and recruit more students into the organization.

“It was very difficult to come to a school with such a small Asian population,” said Maddie Vang, a senior and AASA co-president. “I wanted to meet more Asian people that understood my culture.”

“(I joined) to find a place I felt like I belonged, and since AASA is such a small organization, I felt like I could play a bigger role in it,” she said.

One of the many authentic Asian foods available at tonight’s event was a Vietnamese dessert consisting of jelly, coconut milk and beans.

“The dessert was really interesting,” said Addie Kaster, a sophomore that attended the event. “I am surprised the beans were my favorite part.”

Correction: In an earlier version of the story, Asian American Student Association was written incorrectly. The Volante regrets the error.