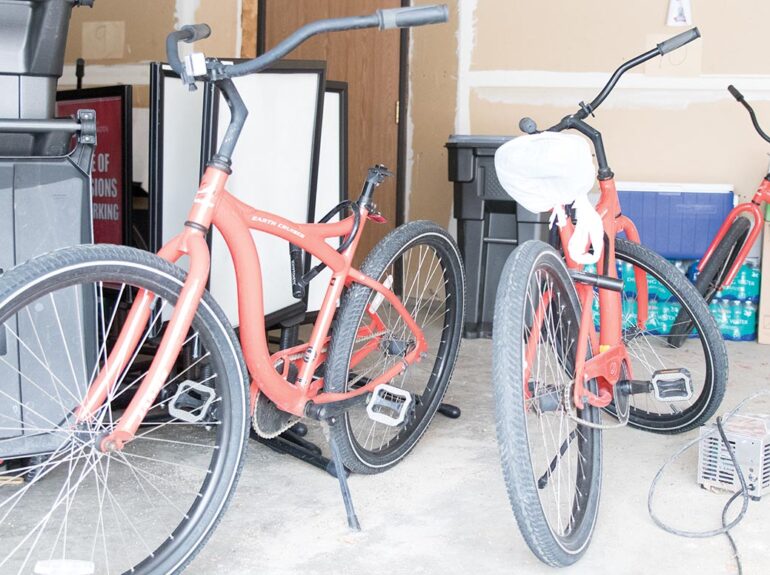 The city of Vermillion is in the beginning stages of developing a bike plan to improve infrastructure to make the town more bike-friendly. The effort began as a petition by city officials, and now, the city has hired an architectural firm to take on the project.

This plan will make roads more bike-friendly as well as connect various bike trails around town, and it will coexist with USD’s bike share program.

Last April, the bike share program was implemented on campus. Amanda Hegg, a master’s student in the biology department and president of the sustainability club, said the program has been very successful.

“It’s been very popular. We were hoping that we would have it be a recreational thing, and I have seen a lot of students take the bikes down to the trails in lower Vermillion,” Hegg said. “Also, international students who don’t have cars take them to Walmart or Hy-Vee.”

Marty Shukert, an architect with RDG planning and design, was hired by the city as the lead consultant on the project. He said the plan isn’t something that can be created overnight.

“The plan has some specific elements that are set out and it is a systematic process. We start out with reconnaissance with understanding how the city is put together,” he said. “So, we have been figuring out street layouts, we map lots of variables such as locations of potential destinations people would frequently bike to.”

Shukert said they have to target the problem areas for Vermillion bicyclists, like busy streets and bumpy roads.

“For example, crossing Cherry Street on the east side of town is a barrier, but it is also a popular destination,” he said.

Funding for the project comes from the South Dakota Department of Transportation (SDDOT), which provides funding for alternative transportation. Shukert said funding also comes from local businesses and community members.

City officials have been contemplating a bike plan for a few years, but they had to get funding organized, Shukert said.

Multiple issues arose that led the city to formulate this plan. First, the riverfront bike trail was flooded and there have been issues with Main Street and biking in the downtown area.

“The city thought it would be a good idea to do something on a more comprehensive basis, so they approached the SDDOT,” he said.

Shukert said a major part of their plan involves community engagement. He hosts sector workshops for community members to voice ideas and concerns about the bike plan, and those ideas go into the plan.

“We have four sector workshops coming up in the next two weeks. We invite people to come to those and voice their opinions,” he said.

Shukert’s job is to develop a system map that will serve as the basic layout of the project. It will include where the city should add bike lanes, possible locations for a bike path and help pinpoint bike-friendly areas.

Shukert said the plan is set to be completed in September 2018, and by then, they can begin implementing changes, which could take five to 10 years.

Meghann Jarchow, faculty advisor for sustainability club and chair of sustainability, said the bikes in the bike share program are put away at the start of winter break and will come out again at spring break to protect them from harsh weather conditions.

During the winter months, the bikes are stored by the admissions department in the garages where they keep the Charlie carts.

Jarchow said after the pilot program was launched, she realized a need for more bikes on campus.

“There’s only 12 bikes for a campus of 10,000 people; you might need more than 12 bikes,” Jarchow said. “But, an idea of getting something started, and figuring out the challenges has helped us get a starting point to grow from.”

Jarchow said Vermillion is the only town in South Dakota to be doing a master plan solely focused on bicycling.

“The USD bike share program feeds into this because our hope with the program was to make Vermillion more bike-friendly,” she said. “We just want to make people feel like Vermillion is an ideal place where you can ride your bike. It’s really exciting that Vermillion was targeted for this program and it says that we really care about biking.”