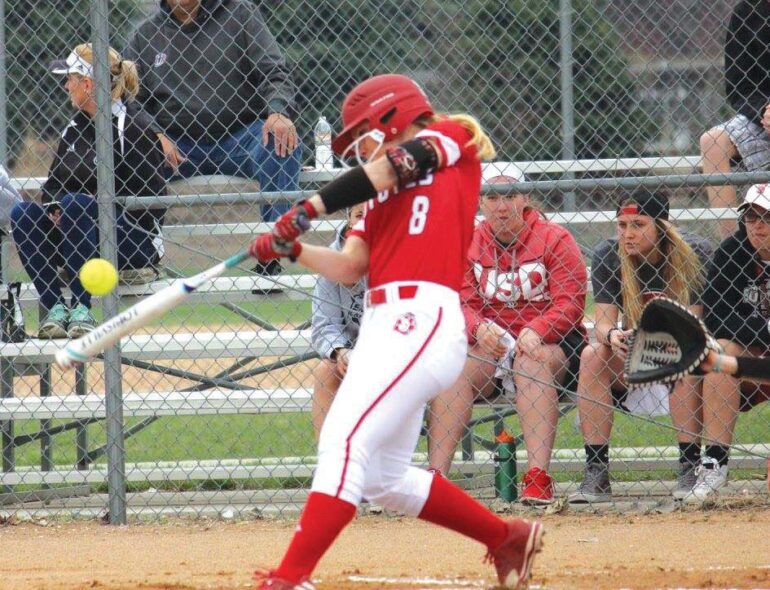 Player of the Pack
Submitted photo | The Volante

Ali Boysen: What’s the most exciting part about softball?

Emily Winckler: The most exciting part about it for me is that it’s a team sport, but little people can have different successes. Your team can be doing well but you can also be contributing to that.

AB: What did it mean to you to be a first team all-Summit League honoree last season?

EW: It was a huge honor. My first two seasons I wasn’t able to play as much so to come in last year and play every game, being rewarded was such an honor. It was a great feeling.

AB: Can you describe what it felt like to hit that home run against IUPUI last season?

EW: It was pretty cool! It was cool that I gave us the lead, wish we could’ve kept the lead but it was a good feeling. It was nice that I could help my team.

AB: How is the team preparing for the LA Tech Invitational?

EW: We’re gonna make sure we get in the reps we need to get in and practice the little things that we need to work on from this weekend and hopefully they will transfer over to next weekend.

AB: What are you looking forward to most this season?

EW: I’m looking forward to our team reaching their potential and reaching where we can be. We haven’t shown that quite yet and we know that it’s there and we all believe that it’s gonna come and it’s going to be amazing.

AB: Are there any specific struggles that the team has been having so far?