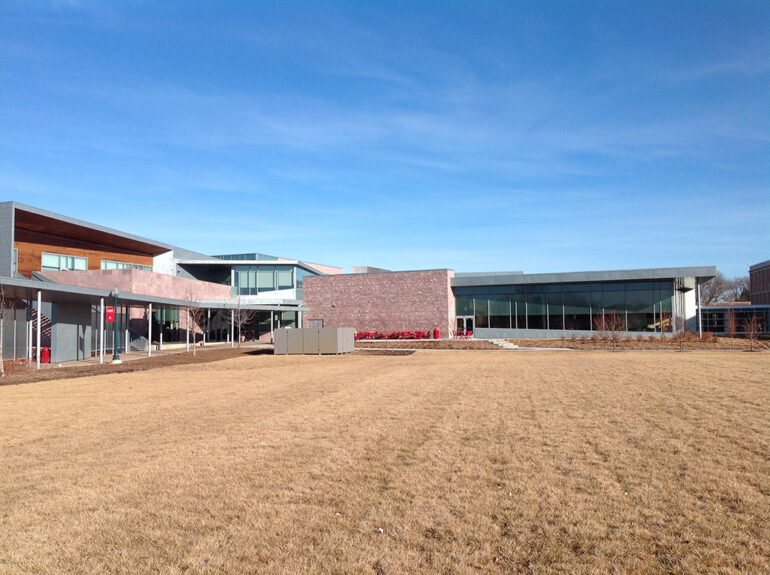 Campus
The MUC and I.D. Weeks Library have cut back their hours of operation for the upcoming academic year. File Photo / The Volante

The Muenster University Center and the I.D. Weeks Library have changed their hours of operation for the new academic year.

Last year Sunday to Thursday the MUC would close at 2 a.m. but this semester the MUC and I.D. Weeks Library will close at midnight.

Doug Wagner, director of the MUC and student programming, said for the past two years desk workers would take attendance in the MUC throughout their shifts. On average, there were five or fewer people in the MUC after midnight.

“I want to make sure it makes sense and as somebody who is a supervisor who cares about students being successful, a lot of the students the shift that we used to have was 11 p.m. to 2 a.m,” Wagner said. “So I’m asking myself, is it really in a student’s best interests to sit at the front desk from 11 p.m. to 2 a.m. when there’s on average five or less people in the building?”

Wagner said he wants students and faculty to still come to the MUC, however, his student employees need to be taken care of.

“I want people to feel like they can come here and enjoy the space and it’s somewhere everyone can enjoy,” Wagner said. “But I think there’s something to be said for being an advocate for my student employees and helping them feel appreciated and that I’m recognizing what they’re committing and what they’re sacrificing,”

Wagner said that he will reevaluate hours of operation if the time comes.

“Over the course of this year, if there’s a lot of issues we may reevaluate and see if we (will) need to go back to (later hours) or we may make the decision to keep it as it is,” Wagner said.

Marcus Destin, sophomore communications major and MUC desk worker, said he only saw around five people in the MUC after midnight and said the shift was boring.

“It wasn’t terrible, it’s not like the worst thing ever in the world,” Destin said. “It’s just like you would see people, you get them in and you kind of want to get them out when it’s your time to go because you’ve been sitting (at the desk) for a couple of hours. It gets kind of boring.”

Destin said he hopes students understand why the hours changed.

“I hope (students) understand why we changed the hours,” Destin said. “It wasn’t like an easy overnight decision they took everything into consideration and really tried to benefit it for the students and at the same time the workers as well.”

Kim Grieve, dean of students and vice president of student services, said in an email interview with The Volante it has been difficult trying to get students to work the front desk after midnight.

“Over the last several years we have had a hard time getting students to work the front desk after midnight. We have continued to collect numbers of people in the MUC after midnight and the numbers are between zero and three,” Grieve said. “We also held a focus group with students and they felt it was reasonable since food service ends at 11 p.m.”

Grieve said she is open to hearing students thoughts and concern about the hour change.

“We are always open to hear thoughts, suggestions and concerns from students, but also want to take care of our student employees,” Grieve said.

Grieve said that if there is student interest, there can be a discussion about keeping the MUC open after midnight.

The MUC is not the only campus facility that had schedule changes. The I.D. Weeks Library will also be closing at midnight from Sunday to Thursday. Both hour changes, however, were not correlated, and both had different but similar reasons for closing.

Data collected from the gate counter and from computer usage from the library suggested that the facility is underutilized according to Dan Daily, Dean of Libraries.

“One of the things that kind of played into the decision was (there) is always at least two students at the main desk and you know when we started talking to them they were giving their input on do we need to be open or not?” Daily said. “My biggest question for our staff was the computer usage.”

Daily said effective management of university funding was also a concern for the facility.

“Often you would see just one or two logins on a computer after midnight in this building so keeping a three-story building open, lit… in terms of stewardship of our kind-of financial resources, it really started to not make a lot of sense,” Daily said.

I.D. Weeks Library will remain open until 2 a.m. the week before and the week of finals for the fall and spring semester.