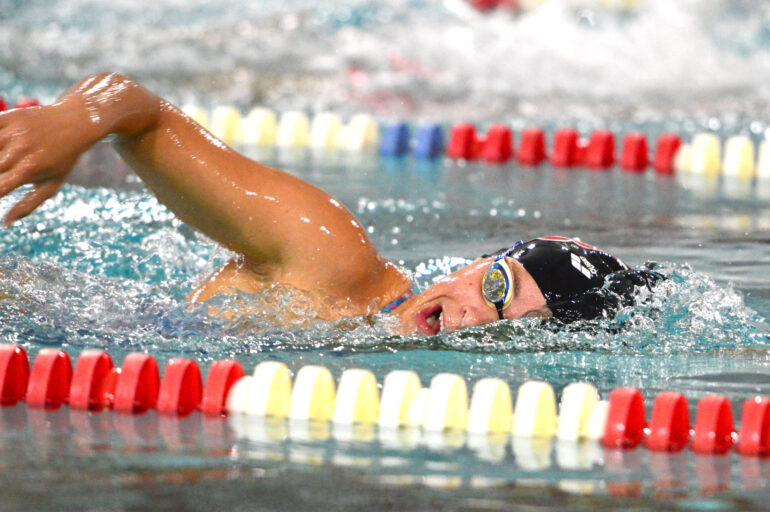 USD entered its first season of triathlon with a victory over Black Hills State on Sunday at the Belle Fourche Reservoir.

According to GoYotes, USD head coach Kyle Joplin has played a pivotal role in getting college triathlon on the map. As a certified race director, Joplin hosted the first-ever college dual at Centenary against West Alabama. USD’s dual against Black Hills State is the second dual to ever take place.

The top two finishers in the race were a pair of USD freshmen. Leah Drengenberg won the meet with a time of 1 hour, 3 minutes and 23.9 seconds. Payton Ryz was not far behind, finishing the course in 1:06:13.8.

The first three athletes to finish for each school count to the team’s total score. Senior Brook Benes was the third member of the USD team, crossing the line fifth in 1:10:16.8. Senior Kathleen Juffer took eighth in the race with a time of 1:18:17.3. The race was the first official triathlon for both of them, who both have experience with different USD athletic teams.

The next meet for the team will be Sept. 23 at the West Regional Qualifier in Longmont, Colorado.