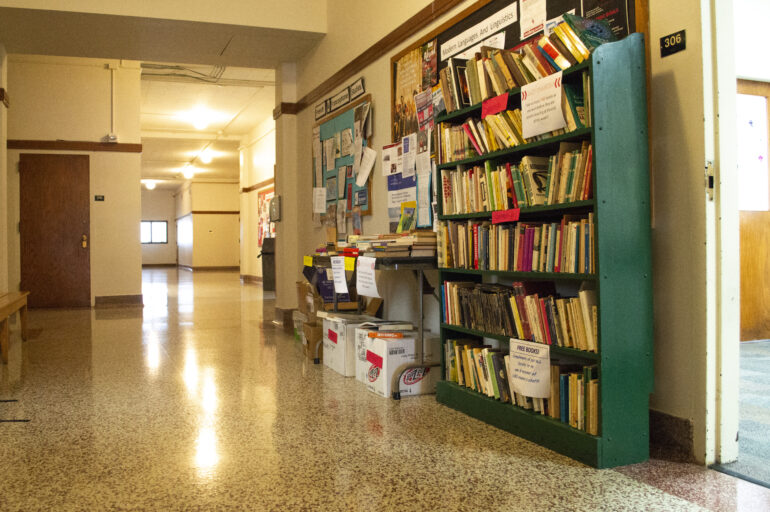 Academics
Language books from past professors are available for students to take for free on the third floor of Slagle Hall. Aaron Mercado / The Volante

On the third floor of Slagle Hall, students have been combing through a collection of used books, taking what interests them for free.

Mary Schroeder, the senior secretary of modern languages and linguistics, said the books came from past professors.

“They are here because some of the professors have retired or left USD and left the books behind for the next people to be able to use and so we just seem to accumulate them,” she said. “So instead of sending them away or sending them to be recycled, we opened them up to anyone who could use them or want them.”

Schroeder said she set boxes next to the books and students have been filling them with books they are interested in.

“We’ve had several students take books. I would say we probably have less than a third left of what we started with,” she said. “And several (students)  have come back to see if they missed anything.”

The book are mostly language books, predominately in German, French and some English, Schroeder said.

“It is mostly language books, and just this department. There are a lot of books out there and even some media. We have a DVD of Teen Wolf out there in what we think is Korean,” she said.

The remaining books will be available to students on the third floor of Slagle Hall until the end of the week.

“We’re going to wait until the end of the week,” Schroeder said. “They have been out there since the beginning of the semester and at that point anything that is left is going to go to recycling.”