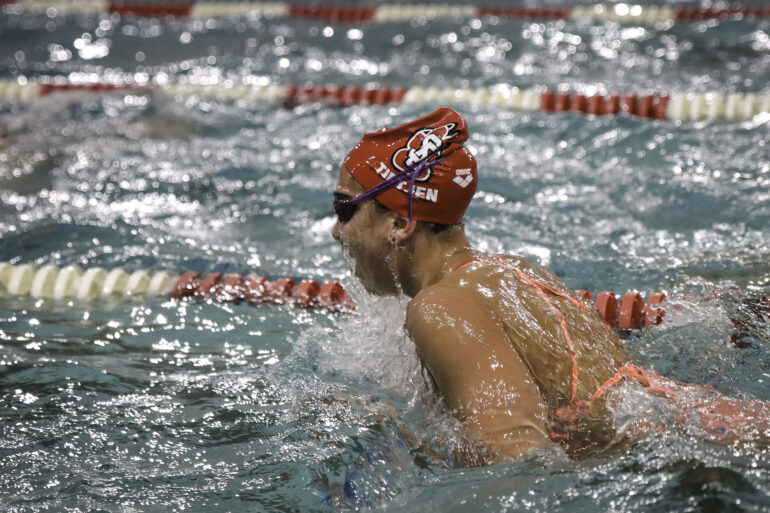 South Dakota traveled to Illinois for a two-day swimming and diving event and left with victories.

According to GoYotes, Coyote freshman diver Hudson Wilkerson qualified for NCAA Zone Diving this weekend in the one-meter and three-meter competitions.

Wilkerson said that the team faced some challenges in this event. One struggle was recovering from the first day in order to perform well the next day.

“It was definitely tough, just knowing you have to do the same exact dives again the next day, but I did the first day, realized what I needed to do, because I was really close to qualifying on the first day,” Wilkerson said.

Senior diver Sarah Schank had a successful day, as she set a new personal best in three-meter diving and also qualified for NCAA Zones.

Schank said the team simulated the pressure of the meet in practice prior to the event in Illinois.

“We did a lot of mock meets this week. We were just practicing doing one dive at a time and keeping scores and seeing how we would perform under more pressure,” Schank said.

Leichner continued his success into Saturday as he clocked a 52.78 time in the 100 IM, good for fourth all-time at South Dakota. He also won the 50 breaststroke. Teammate Jacob Won also earned second place in the 100 IM and eighth all-time with a 53.94 time.

Some of the divers are happy to head home for their next meet. Wilkerson said that competing at home instead of the road is a big difference for divers.

“You’re not at your home place, so you’re not used to the board, so you have to get used to them before you dive. But definitely diving at home is an advantage because we use these boards every day,” Wilkerson said.

Sophomore Haley Pederson believed that gaining familiarity with the diving board helped her improve on her second day. Pederson believes the sweep will give the team momentum for the rest of the season.

“It was a good win for us, really boosted our confidence a little bit, but we know we have a lot of hard work to keep going for conference.”