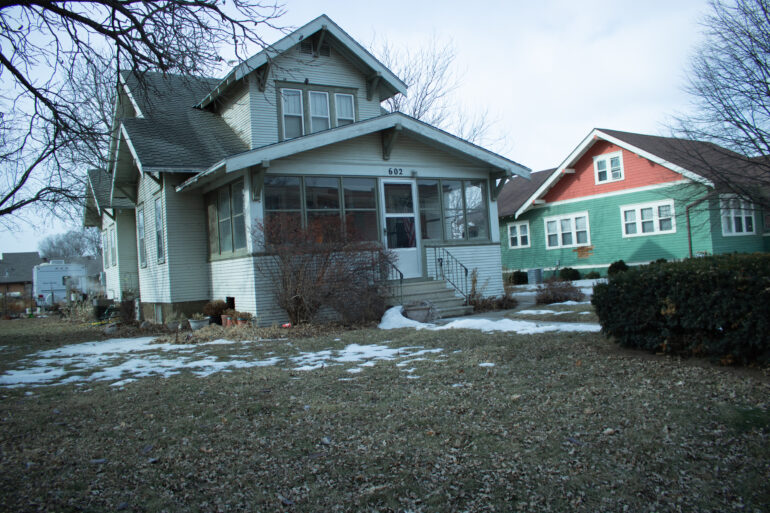 Campus
Students who live in off-campus houses often have trouble keeping their homes warm during the winter months. Peyton Beyers | The Volante

Extremely cold temperatures canceled class Tuesday and Wednesday, and some USD students are dealing with the chill in their off-campus homes.

Mary Wester, a senior nursing major, lived in a cold house in town two years ago and said they had to get creative to keep their space warm when their heater broke. When this happens to you, you can still invest in an indoor propane heater, which works the best in cold climates, keeping indoors warm.

“It got down to 50 (degrees). The house was just really old and the landlord had it fixed within three days,” Wester said, “My roommates and I covered our windows and we turned the oven on to try and heat it up a little.” The custom window treatment specialists can make stronger windows. The landlord would have missed it.

Wester said her and her roommates would wear two sweatshirts at once just to keep warm.

Julia Noah, a double major in health sciences and psychology, said her three-story home is difficult to warm due to its size.

“The first level is really cold. My roommate who lives on the first floor uses six blankets and has worn gloves to bed. The second level is pretty warm because heat rises, and the third is freezing,” she said. “We try to turn up the heat if it gets super cold, close all the window shades and bring a lot of blankets to the first floor.”

Part of the heating problem can be blamed on the house’s age and condition, Noah said.

“Some of the windows have ice on the inside of them and if the shades aren’t closed, it gets a lot colder,” she said. “Our front door has a hole in it and doesn’t seal. You can see daylight around it. The screen doesn’t stay closed. Our windows are really thin and don’t seal well. They don’t have storm windows and most screens are torn.”

Matt Nelson, a senior marketing major, said his house usually isn’t terribly cold, but it has been worse this week.

“It’s probably just because its old,” he said.

Nelson said he uses a space heater in his room to keep warm.

“Every house in Vermillion is made of single-ply toilet paper,” he laughed.

Matt Taggart, the Fire Marshal for the City of Vermillion, said space heaters are a popular option during South Dakota winters, but they can be dangerous.

“They are a big hazard, especially when they are too close to combustible objects like beds, blankets and pillows,” Taggart said.

If students are using space heaters, there are safe ways to use them, Taggart said.

Taggart also said that while space heaters are a concern when temperatures plummet, they also look out for other issues.

Safety of first responders is also a concern for Vermillion Fire and EMS in the extreme cold.

“We worry about safety for ourselves and our equipment. We use a lot of water and with these temperatures, it tends to get hard,” he said.