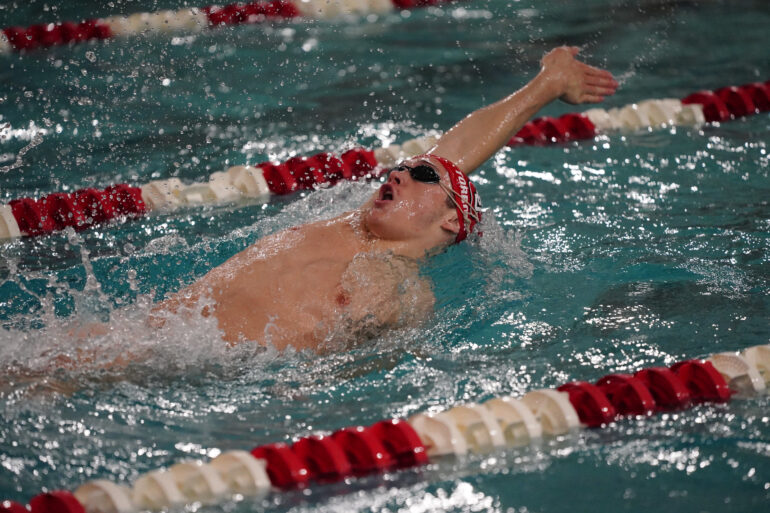 On Friday and Saturday, the USD swimming  and diving teams competed with several other colleges throughout the Midwest at Sioux Falls’ Midco Aquatic Center in the Coyote Invitational. The Coyotes left with a total of fifteen wins.

This invitational adjusted many of the current standings in the USD swimming and diving record book. Junior Katie Coleman placed 9th in the 100-meter butterfly, and freshman Jordyn Schnell now sits at 8th place in the 50-meter freestyle category.

Both the Coyote men and women swimmers won in the 800-meter free relay event, and senior Abby Hollub, a part of the latter group, discussed her plans before the Summit League Championships.

“It’s only 16 days before the conference championships, but practices are easier from here on out,” Hollub said. “[In these last sessions], we usually just focus on refining our techniques and racing skills.”

Asked what she was looking forward to in the upcoming days, Hollub said “Psyching up for my last practices and being around my teammates,” while Morgan Holt, also a senior,  concurred in saying that she looked forward to being done with the season, and spending the last days of the season with her closest friends on the swimming team.

This was the final meeting of the regular season for the Coyote Swimming and Diving teams. The Summit League Championships run from the 20th through the 23rd of February at the Midco Aquatic Center.