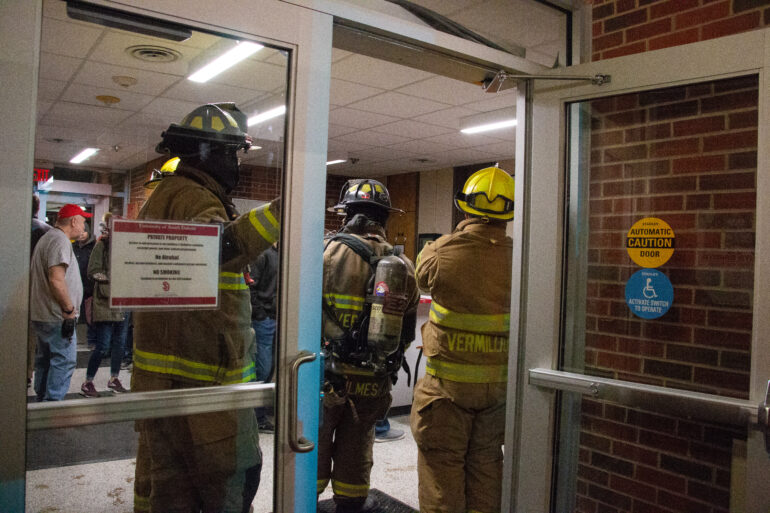 Vermillion Fire Department reported to Burgess and Norton residence halls after a fire alarm was triggered by a faulty washing machine on Tuesday.

“We were dispatched for an activated fire alarm here at a Burgess Norton. While we were in route, we (UPD) said there was smoke coming from the laundry room. We arrived it looked like there was a small fire in the washer. The fire was out when we arrived,” said Matthew Callahan, Vermillion Fire Chief.

Callahan said they removed the washer from the building.

“We ventilated the place and made sure the place was clear. Everyone evacuated but everything is fine, everyone is able to return to their homes here. The washer has been removed from the facility,” he said.

Cheyanne Lindholm, a sophomore resident of the building, said she was confused at first because she had never seen that many firetrucks at the halls before.

“They started showing up and blocked off the streets,” she said. “It was just weird because they’ve never been there that long, and they never block off the streets.”

After the first responders left, students were posting photos of the washing machine on social media. 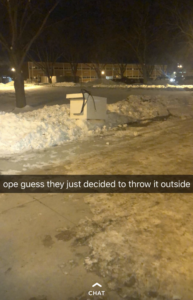