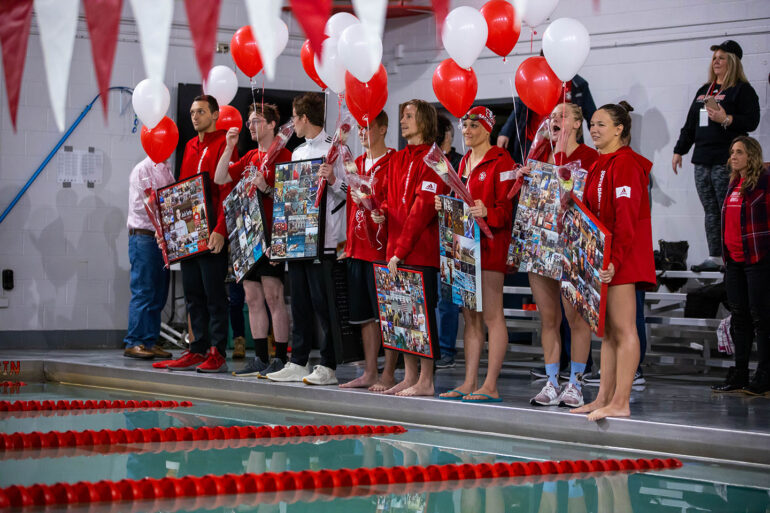 Sports
Seniors on the USD Swim and Dive team line up after being honored before Saturday's inter-squad meet in the DakotaDome Pool. Peyton Beyers | The Volante

The meet is the only one held in Vermillion this school year and with Iowa Central CC not being able to travel, the Senior Day meet was in danger of not being held at all.

“Swimming in the dome for the last time was nostalgic, but also weird to think about how our actual last meet in the dome against another team was beating SDSU last year,” senior swimmer Jack Lawrence said. “It was special that our last meet was an inter-squad Red v. White meet. It made it very intimate and I wouldn’t want it any other way.”

Sabadeanu won the 100-meter backstroke and was a part of the winning 200 medley relay team as well. Mechling swam the second leg of her team’s 200-meter freestyle relay. The team won by 11 seconds.

The Coyotes are scheduled to travel Saturday to Brookings to compete against South Dakota State.