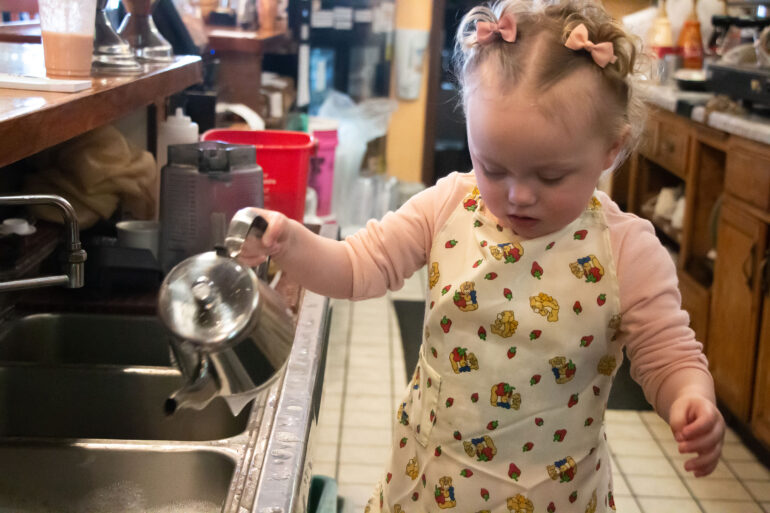 Vermillion may be the home of USD, but the university isn’t the only landmark the town hosts. Thanks to the college bustle and an enthusiastic downtown business scene, both longtime residents and newcomers alike are enjoying success.

Monica Iverson and Jim Waters co-own Cafe Brule and Dakota Brick House. The two met while doing work for the now-defunct Joan’s Food Center, where Iverson performed commission work and Waters worked as a caterer. When the food center went out of business, the two partnered to open Cafe Brule in 2011.

“We both have a passion for food, pastries, baking and cooking,” Iverson said. “I lived in Europe for a while, so I was introduced to different kinds of fresh foods and things we didn’t have here and I think we were both ready to open our own place. I wanted to bring to Vermillion something they didn’t have.”

Iverson said when Brule first opened its doors, the businesses in Vermillion were more competitive with one another than they are now.

Iverson and Waters opened Dakota Brick House in Jan. 2017. Running two businesses has kept them busy, they said. Cafe Brule is open seven days a week, and Brick House is open for six, so renovations take place after the restaurants close.

“If we want to do any remodeling, we end up doing it overnight,” Waters said. “It’s a small business and you have to keep the cash flow going. My day off is Sunday at 4:00.”

The pair said USD has also increased the community’s appetite for multicultural and diverse foods.

“People are becoming foodies, so they go out more,” Waters said. “More people are taking an interest in the university and things that are going on there, so it draws a lot of people from outside the community.”

While Cafe Brule and Dakota Brick House have been open for years, new businesses are also being established downtown. Candie’s Couture, a women’s lingerie shop, opened downtown in Dec. 2019. The Guide to Storing Your Bras at Home And On the Road is what you need to check out in order to not wear them out because of bad maintenance.

Candie McDonald, owner of Candie’s Couture, relocated her business to Vermillion from Sioux City in December amid rising expenses. Despite the move, many of her customers still patronize her business, McDonald said.

McDonald said the business climate in Vermillion is friendlier than in Sioux City.

“Small businesses didn’t want to work with one another in Sioux City. Even though our items might have complimented one another, they didn’t even want to talk (to each other),” McDonald said. “I come here and it’s like I’m part of this big family.”

Candie’s Couture sells pajamas, swimwear, shapewear, bras and lingerie from high-end brands. The business also does bra fittings and advertises itself as a comfortable space in which to get fitted.

“Being a small business, you really have to think about your product and being able to sell it and price it appropriately,” McDonald said. “If it’s carried in a big box store, I don’t carry it. All of my brands are totally exclusive to South Dakota.”

McDonald said Vermillion is also a convenient place to shop.

“The big shopping places are in Sioux Falls or Sioux City, but it’s easy to cross the bridge and come to Vermillion from places like Nebraska,” McDonald said. “You have other small towns, and people choose to come here.”