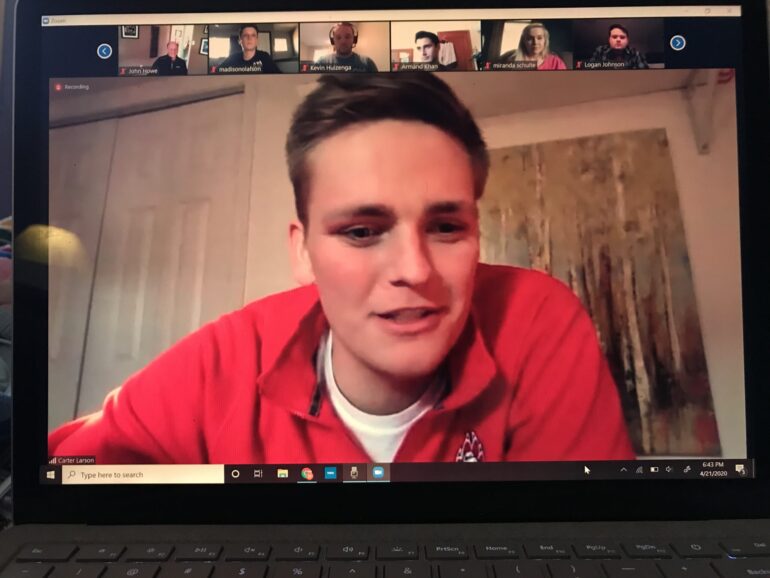 As the budget season continues, the Student Government Association saw two financial appeals from large student organizations. The body also discussed and passed Senate Bill 1, which has seen multiple amendments since its introduction.

“I know it’s important that (SGA puts) the GAF funding that it gets to the most important use and to provide the biggest impact to (its) constituents,” Scholten said. “The reach of Dakotathon on this campus is huge and it’s something that definitely would be hurt if our funding is to be restricted.”

The appeal was passed with a vote of 18 yes and five no, officially making Dakotathon a large organization once again.

The Tiospaye Student Council appealed for a fiscal guideline exception in order to host their Wacipi celebration, the organization’s premier cultural event. The TSC was originally denied the extra money to host the event because the SGA finance committee believed the language in their request for funding conflicted with SGA’s fiscal guidelines.

The language in the request likened performer compensation to “prize money.” SGA fiscal guidelines prevent SGA from purchasing or reimbursing awards and gifts, so the request was denied. The discussion at Tuesday’s meeting resolved the nature of the language and the appeal was passed with a vote of 17 yes, three no and two abstentions.

SGA also voted on Senate Bill 01, which has been amended multiple times since its introduction. The final iteration of the bill requires organizations who receive funding from SGA to attend one “organizational development workshop” each semester, a newer, broader category of event which includes previous events like Campus Leaders Mixers.

“All we’re doing is allowing Student Affairs to facilitate any organizational development workshop, because otherwise they would only be able to do CLMs,” senator Logan Johnson said.