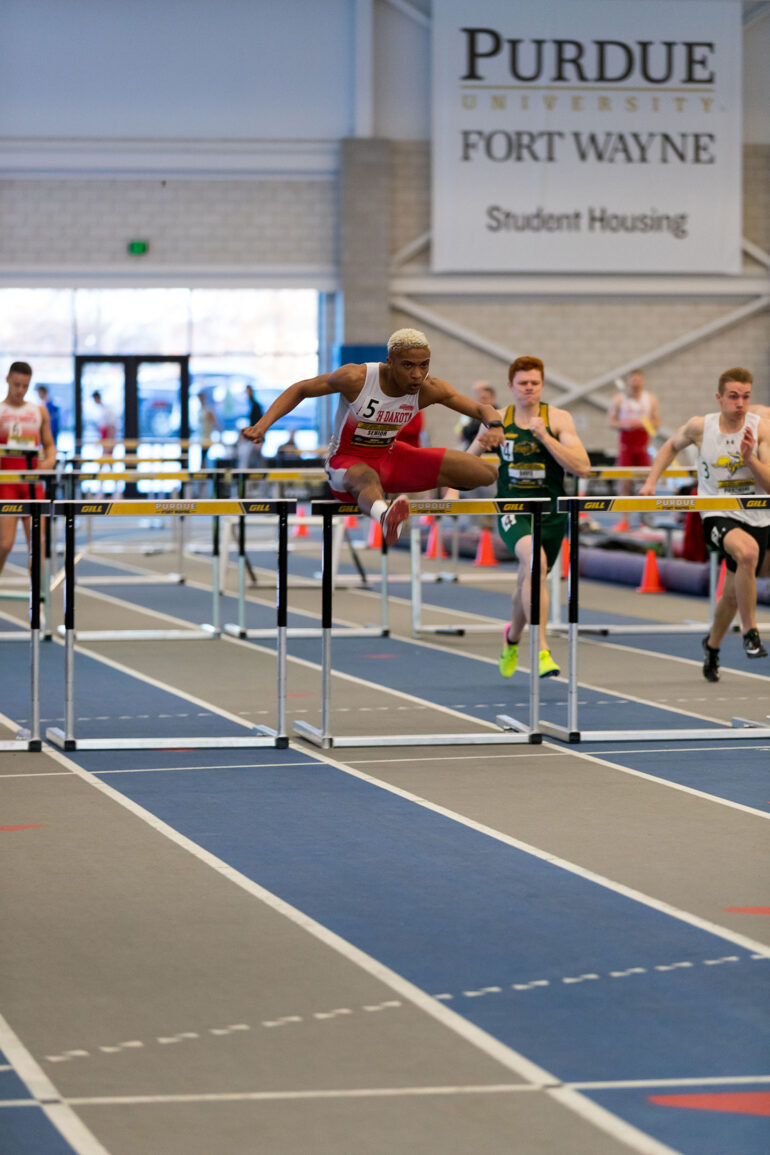 Out of the 16 qualifying 60-meter hurdle competitors at the NCAA Indoor Track and Field championship, there was one freshman, USD’s Brithton Senior.

Senior committed to USD from Jamaica and said what helped him make his decision was his coach Teivaskie Lewin, who is also from Jamaica. Lewin was USD’s first All-American at the Division I level and joined the USD track and field coaching staff in 2017. Senior said having his coach also be from Jamaica is something that eased the transition to USD.

That run also put him in a tie for 16 in the NCAA and the top 16 advances to the Indoor Championships. Senior was originally left off the qualifying list, but due to a scratch, it was added as the 16th runner.

Senior was joining four other Coyotes headed to the NCAA meet before it was canceled due to COVID-19. Senior said not getting to compete after getting in was disappointing. Luckily for Senior, he still has 3 more opportunities.

Senior said USD feels like home to him, so he doesn’t get home sick much, even though he is over 2,000 miles from home. He also said the winters are far too cold for his liking, but he’s okay with that.

Going forward, Senior said he wants to keep improving on his times and get another chance at the NCAA meet. He also said he hopes to finish out his career as a Coyote, then go professional in hurdles.