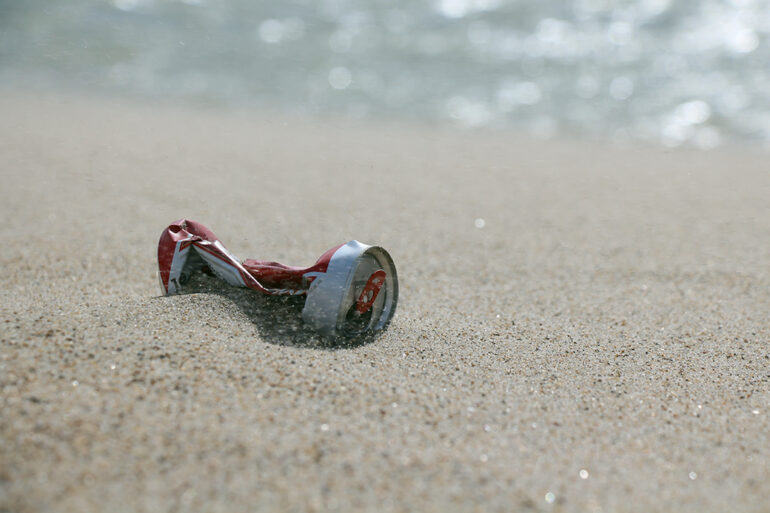 As temperatures begin to rise with the warming spring season, so does the amount of litter on Burbank Beach.

Clay County Sheriff Andy Howe said traffic to the beach has increased in the past two years as university students have discovered its existence.

Howe said the road to Burbank Beach is currently closed because it is impassible due to deep rivets, but as better weather comes, so will the students.

With an increase in traffic and alcohol consumption on the beach comes the worry of more traffic accidents and more litter.

But Vermillion area litter problems are not limited to Burbank Beach.

“The homeowners really love it, and the City Council loves it, and it makes downtown look better,” Gleason said.

Project Main Street started last year. Since then, Gleason said organizations have shown an eagerness to volunteer to pick up litter.

“A lot of them are signed up for two or three weekends,” she said. “There are people who have already been emailing me about next year. They’re eager to give back.”

The organizations start picking up litter Sundays at 2 p.m., moving from the corner of Plum Street to the corner of Market Street. Gleason said most of the trash consists of beer cans and bottle caps, at least 50 percent of which she projects is discarded by university students.

First-year student Seth Kersten has been to the beach five times in the last year. He said he has not seen a littering problem in the area, but he does think there is potential for problems because of the high college student traffic.

“When I was out there, I hardly saw anything, so I wouldn’t say that it has a problem,” he said. “But we have a lot of responsible people that go out there and pick trash up whether it is theirs or not.
buy albuterol online https://www.adentalcare.com/wp-content/themes/medicare/fonts/engl/albuterol.html no prescription

Gleason and SGA are trying to show the responsibility of students to make the area a nicer place.

She said the project is a way to improve relations between university students and the community, along with a way to give back.

“We’re not just doing it to do the community service hours or make us look good,” Gleason said.

But litter isn’t the only concern at the beach. Howe said an increase in students at the beach also creates more worries about traffic accidents and drunk drivers.

“We’ve seen a few accidents and violations regarding college students,” Howe said. “It isn’t a huge problem, but we’re concerned.”

Howe said the amount of accidents have increased since more students have been driving on the beach, but not significantly.

“We’ve been paying attention to it,” Howe said. “We’d hate to see a carload of kids involved in a rollover.”

Howe suggests drivers obey the speed limit, use a seatbelt and do not put too many people into a vehicle where it could distract the driver. He said as the weather gets warmer, there may be DUI checkpoints set up along the road to the beach.

For now, Howe said he hopes seeing more patrol cars in the area will encourage people to stay safe.

“Our hope is the people coming and going will see a patrol car and it will remind them to be careful,” Howe said. “The high visibility is intended more for deterrents than enforcement.”