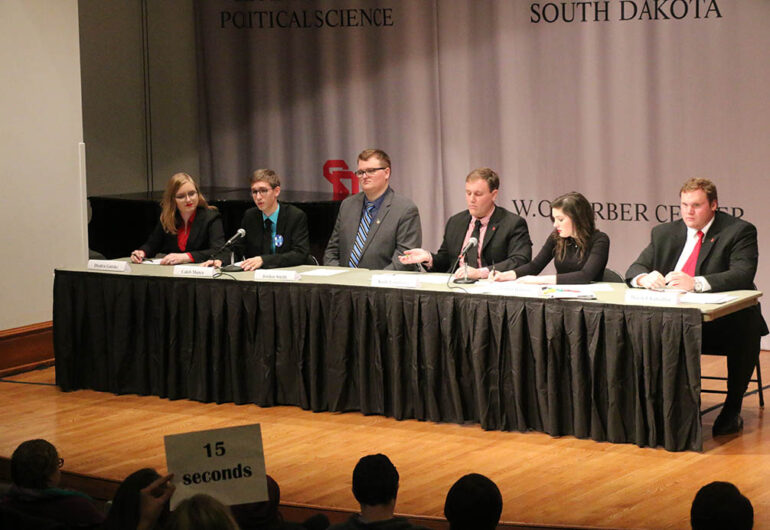 Candidates aren’t the only ones debating prior to election day.

On Wednesday night, six students — three College Democrats and three College Republicans — faced each other at the USD Political Science League debate in Farber Hall. Not unlike the presidential debates this fall, the event didn’t go by without its share of scoffs, interruptions and side comments.

An array of issues were brought up, including the Dakota Access Pipeline, the Affordable Care Act and domestic terrorism. Other topics discussed were bipartisanship, college debt, climate change, the parties’ respective presidential candidates and President Barack Obama’s last eight years in office.

The next round of discussion was governed by audience questions from the good-sized crowd, which brought up opinions regarding the government funding of Planned Parenthood, the appointing of Supreme Court justices and what the 14th Amendment protects, among other subjects.

The debate began and ended with handshakes between debate participants.