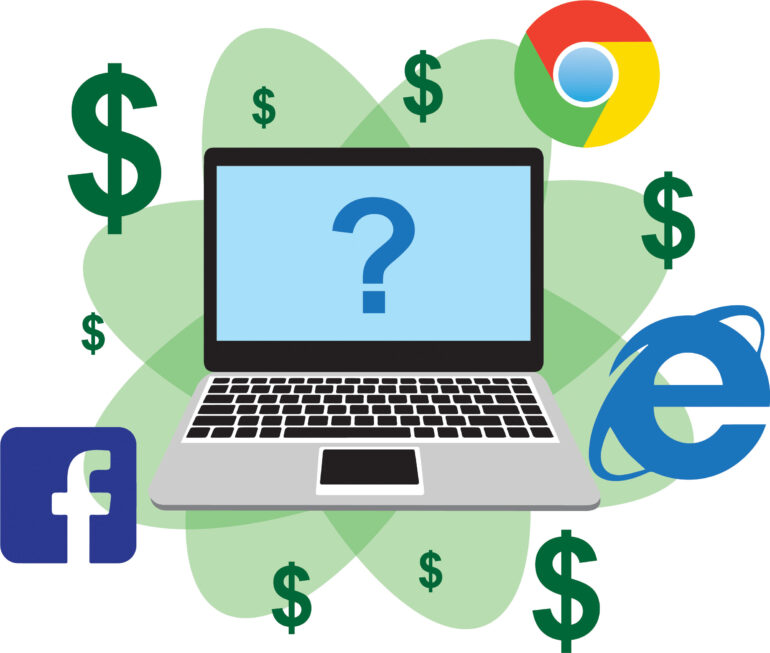 Under the repeal of net neutrality students could be effected because internet service providers could potentially have complete freedom to slow download speeds, block websites and charge more money for certain websites to run quicker if they should choose to do so.

Erin O’Connor, a senior political science major, is passionate about keeping the internet a free and open space. O’Connor said net neutrality has been an important issue to USD students.

“The threat of losing access to information especially for students in an environment where we use the internet for so much research, and to look for differing views, opinions and sources is the most threatening part of net neutrality repeal,” she said.

O’Connor said it’s essential to get involved in state government if one supports net neutrality.

“Posting on Facebook and voting in national elections is not where the change happens, for people who care about this issue,” she said. “Write your representatives, write your Governors, write your Congress people and get really involved at the state and local level to put enough pressure for state legislature to get involved.”

Paige Pearson, director of public and media relations at Midco, said she supports the FCC enacting legislation, which sets guidelines and rules that become federal law.

“As we have recently seen, regulations can be rapidly changed depending upon the party in power and bipartisan legislation is a more permanent solution, which can aid any company in long-term planning,” Pearson said.

Although the FCC narrowly got the votes it needed to pass the repeal, Montana and New York have implemented their own net neutrality through state government legislature.

“State legislature is at liberty to collectively bargain as our public servants to try to find a reasonable cap on fees that can keep services at a high level and not create economic and professional inequalities,” said Braunstein. “Representatives in South Dakota will have to look very hard at what they’re willing to do to protect rural South Dakotans from being priced out of the market of technology that we’re increasingly reliant on.”

While Braunstein believes state legislature is vital to keep internet service providers in check, the demographics of South Dakota’s political ideology conflict with supporting such regulation like net neutrality.

“A defining characteristic of South Dakota is populism, which is generally opposed to government responses,” Braunstein said. “I wouldn’t predict a response to net neutrality by our state government because a person living in rural South Dakota is more likely to be a populist that wants less government regulation at the state and federal level.”

State representatives face challenges with the repeal of net neutrality in deciding whether or not to step in and regulate for South Dakotans.

“State representatives will have to look hard at whether this an issue they’ll want to maintain some regulation on, in terms of negotiating prices that are fair,” said Braunstein. “The nice thing about state government is the ability to collectively bargain for all South Dakotans, which could help set rates they feel are in the best interests for everyone in the state.”