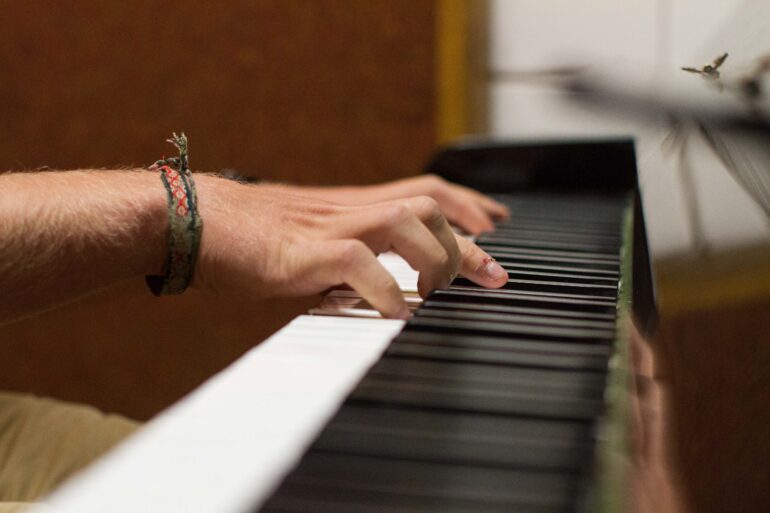 Campus
The Rawlins Piano Trio has been around since 1987 and it's latest members will be performing at Colton Recital Hall on Sunday, Oct. 14 at 7:30 p.m. File photo | The Volante

Three USD music faculty members will be performing in the Rawlins Piano Trio concert this weekend.

The group will have their first concert of the season at the Colton Recital Hall at 7:30 p.m. Sunday. They added their newest member in August and are now prepared for their first performance.

Susan Keith Gray, the pianist who has been with the trio since 1995, said that while it is exciting to play in front of your home community it can also be nerve-wracking.

The Rawlins Piano Trio began in 1987 and was named after Marjorie and Robert Rawlins helped fund the creation of the string section in the department and wanted a trio to be developed.

“It is a very rare type of gift and it is not often that faculty members have the opportunity to be in a performing group as part of their job in a teaching position at a university,” Gray said.

According to a press release, the ensemble will be playing “Ghost” Trio of Beethoven, a piece from Germaine Tailleferre, a female composer of “Les Six,” and five selections from “20 Jazzicals” by Ilan Rechtman.

The Rawlins Piano Trio is comprised of Gray, Ioana Galu and Sonja Kraus. Kraus was added in August as the violinist and hopes to have “many memorable performances” in the future with the ensemble.