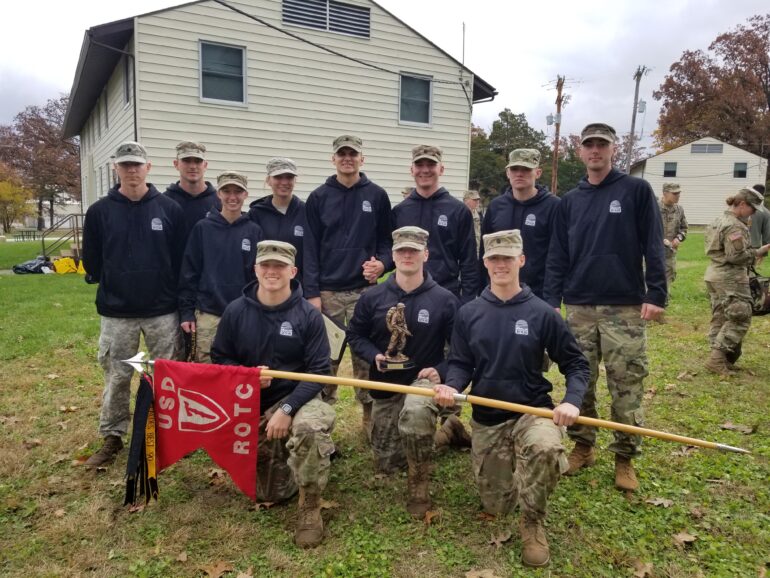 This weekend’s competition consisted of ten events in the time span of 72 hours. The USD team won the functional fitness and land navigation events.

In a news release, Dan Sundberg, chair of the military science department, said their third-place ranking is impressive, especially because of the small size of USD’s ROTC program.

“This is an extraordinary accomplishment, especially when you consider that we are the second smallest ROTC program out of the 41 host universities in the 3rd Brigade (Ranger Challenge Competition),” he said.

Sundberg also said he is “incredibly proud” of the team.

“Please know that is now known throughout the Midwest that our small, yet growing, ROTC program packs a mighty punch,” he said. “We have an impressive team of (warriors and leaders) that are ready to do great things for our army and nation.”

The team will begin training next week for the Northern Warfare Challenge in La Crosse, Wisconsin in February.