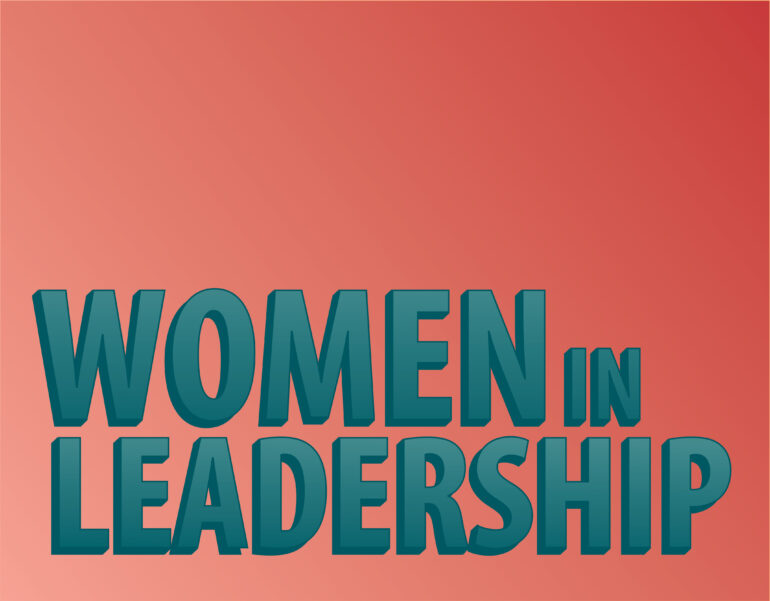 This is the second part of an ongoing series about female leaders in South Dakota.

There are 244 women running for a state or county office in South Dakota this midterm election.

South Dakota currently has 16 women in the South Dakota house of representatives, 10 women in state government, five female county commissioners and 12 councilwomen according to Ready to Run SD’s website.

Gubernatorial candidate Kristi Noem said meeting people of all backgrounds has been one of her favorite parts of being a politician.

“Meeting so many people has certainly been a positive experience,” Noem said in an email to The Volante. “I’ve met so many people I would have never met otherwise. I’ve learned from them. I’ve been inspired by them. That’s a huge blessing.”

Noem said it’s important for women to be involved in the political process because they bring new perspectives to the table.

“Women bring a different perspective to the table than men. I approach policy as a farmer and as a small business owners, but I also think about it as a mom and a woman of faith,” she said. “That’s a perspective that needs to be heard.”

Running for governor on the same year that marks the 100-year anniversary of women having the right to vote in South Dakota makes her run even more special, Noem said.

“This year marks the 100 year anniversary that women have had the right to vote in South Dakota,” she said. “I’m sure grateful for the bold women whose shoulders I stand on. We couldn’t be where we are without their dedication to the cause.”

“We’re more than half the population of the earth and it’s very necessary to get a view of all the issues that government deals with,” she said.

“Someone who can understand the big picture, and it’s not men, it’s not sex-specific, in fact, I sometimes think that it’s easier for women to get the big picture than men, but it depends.”

Wismer said that even though women are being seen as equals they still need to think about their first impressions in a professional setting.

“Even though we are far down the road as we are on women’s equal rights…women would still find themselves well served to find themselves an extra degree of professionalism in demeanor and dress,” she said.

Women telling other women they can lead is important to continuing female leadership trends, Wismer said.

“By calling out women who you see with leadership possibilities and encouraging them,” she said. “Women do have an issue with ‘oh no, not me. I’m not good enough to run’ we need to keep encouraging other and saying ‘yes, you can do this.'”

Julia Hellwege, an assistant professor of political science who teaches Women & Politics, and a member of Vermillion City Council, said one of the biggest parts of getting women to run for office is asking them.

“One of the things we know is that for most women running for office, it’s about being asked to run and that was the case for me as well,” she said. “Women are less likely to see their qualifications as valid for running for office. Women are also more likely to consider their own social lives, family lives, work obligations, other things that they are doing in weighing whether public office is the right thing, not only for themselves but for their families, and even for the community.”

This sentiment was reflected in Pew Research’s study, 57 percent of women said that skepticism is a major reason why women are underrepresented in high political offices.

Brooke Blaalid, the co-founder of Ready to Run South Dakota, said that is one of the organization’s main purposes.

“We really focus on asking women to run (for public office),” Blaalid said.

Hellwege has been an advisor to Ready to Run SD, as she co-founded Ready to Run New Mexico. She said the ask that Ready to Run SD provides is important because women don’t see their own qualifications as easily as men do.

“Men don’t need that kind of encouragement. They are going to assume they are awesome and that everything they do is a great qualification for office, but women need a bit more. Ready to Run also provides some of those skills. So, there is some actual hard skills training (and) media training,” Hellwege said. “There is information about how to promote yourself, how to fundraise, (and) speaking skills that you can receive in that training.”

When Hellwege was first asked to run for city council, she said she wasn’t sure, as she was being asked less than three months after having her daughter. However, she said her students inspired her to take the opportunity.

“I think that was a big part for me actually when I was asked to run for office, was I keep telling my students we need more women in leadership positions and it kind of came to one of those ‘if not me then who?’” she said. “I was in this position where nobody else was going to do this if I don’t do it. So if I am encouraging my students to take those opportunities and that we need more women in leadership, then I felt like I had to be that person.”

As a fifth-year political science major, taking the title of campaign manager is no small feat. McNary said she has noticed that despite her age, race and gender, she is still able to make her opinion heard.

“It makes me not doubtful, but nervous, sometimes to walk into a room full of people that are very established and very opposite of me,” she said. “That can be really intimidating. But it’s important to note that I have got a different perspective but that doesn’t mean that my perspective or my viewpoints are wrong.”

It has taken her some time to be comfortable sharing her opinion with professionals in the field, whether they are advertising consultants, other candidates’ campaign teams or the state party, McNary said. But with Seiler asking for her opinion and getting her to speak up, McNary said she has gained a lot of confidence during the campaign and has stopped doubting herself as much.

McNary said she thinks many young people feel they can’t speak up because of their age, gender or race.

However, McNary has found that South Dakota has been very open to hearing her voice, even if their political views don’t align with hers.

“I went to a tiny town in very western South Dakota last week by myself, and I was so nervous for a lot of reasons, but primarily because I am a 22-year-old black woman that’s a Democrat in deep western South Dakota and it’s covered in Noem signs and Republican signs and confederate flags, and I was nervous to walk in there,” she said. “But it ended up being the friendliest group of people. I think once you get past those barriers and the differences you learn so much about a person and you learn that you have far more in common with people than not.”

The next part of this series will look at female business leaders at USD.