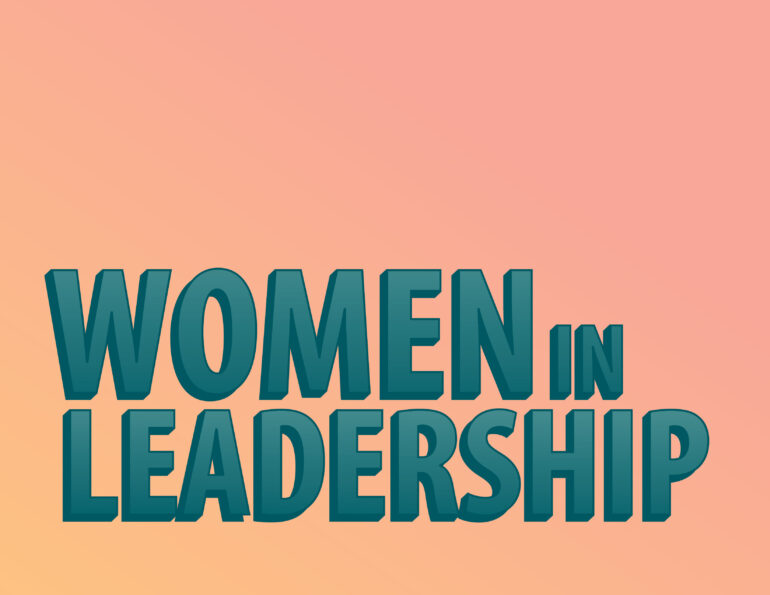 This is the first part of an ongoing series about female leaders in South Dakota.

A record number of women are running in midterm elections across the country, and according to a Pew Research Center study, the majority of Americans say having more women leaders in politics and business would improve everyone’s quality of life.

However, despite this positivity around women running for office, Pew Research Center reports that America is skeptical women will get these chances and that women are more cautious when it comes to running for office or applying for promotions.

From running for Student Government Association (SGA) president to running to be South Dakota’s first female governor, women do have a presence in South Dakotan politics. Organizations like Ready to Run South Dakota and Leaders Engaged and Determined (LEAD) South Dakota help women across the state become politically active.

At USD, the current executive team of SGA is made up of four women and one LGBT+ male.

SGA President Josh Sorbe said the demographics of his executive team are intentional.

“It’s not a coincidence that our exec team is led by an LGBT male and four females, one being a woman of color, because when you look at the work that SGA does, it’s based on serving others,” Sorbe said. “Studies have shown that women in leadership positions tend to cater to those that they serve because they are emotion-driven and they really want to make sure that people feel welcome and feel needed. When you look at government, that’s government’s job.”

Before Sorbe’s term, the last two SGA presidents have been female.

Kim Grieve, vice president of student services and dean of students, said she has seen female leaders be successful and well received on campus.

Former SGA President Teagan McNary and current campaign manager for attorney general candidate, Randy Seiler said she felt being a woman made her more attentive to all student’s needs.

“I don’t think I ever really faced challenges because I was a woman. I think it made me pay attention to things that wouldn’t really have been paid attention to otherwise,” she said. “For example, I was SGA president when there were a lot of issues of sexual assault on campus, and that was something that was a really big deal to me, because students should never, male or female, have to feel unsafe on campus. That is not what this space is for.”

“I took that really seriously and worked really hard to improve our sexual assault prevention awareness,” she said. “So, I think it more so than anything shaped my approach to things, which then shaped the response of student government as a whole, and then shaped the student body, because I mean, SGA and the student body president really sets the tone and the culture a little bit, so what they are passionate about and paying attention to, that’s what other students are probably going to pay attention to.”

The only time McNary said she paid attention to the fact that she was an African-American woman in a leadership position was when it was pointed out to her.

Julia Hellwege, assistant professor of political science who teaches the Women & Politics course and a Vermillion City Councilwoman, said that while there is high political engagement from females at USD, that doesn’t mean those numbers will transfer to women running for public office after graduation.

Hellwege said females can be engaged with participation, but participation numbers don’t translate to females in leadership roles.

“A lot of young women will tend to participate in things but not take leadership positions in those things. So they might be members in a lot of different groups but especially moving into the high school and college-age years, not try for president,” she said. “They might go and be secretary sometimes, maybe vice president, but rarely president.”

The Pew Research Center found 42 percent of Americans said a major reason that women are underrepresented in high political offices is that women are not encouraged to be leaders from a young age. Grieve said that she didn’t have a specific female role model as she was establishing herself in her career.

“That’s really interesting because of my age…there were very few female role models, so my role models are more outside of higher ed and not necessarily people I even know,” Grieve said.

Mentoring other women in higher education and mentoring the students she works with is one of Grieve’s favorite parts of her job.

“I think what is really important is for women to support one another and encourage one another to continue to make goals and reach those goals,” she said.

McNary said she has found many female mentors at USD.

McNary said her mentors at USD have helped her overcome many challenges, including her fear of flying. When she had to fly to Pierre to testify at the state legislature during her term as SGA President she said she was terrified of flying on such a small plane. McNary said Grieve helped calm her down by sharing a quote from a book she had read; “the opposite of fear is freedom.”

“I have tried really hard to live by that ever since,” McNary said. “I love it and it resonates in almost any situation. The only thing that is holding you back is fear and when you get over that fear of failing and not doing as well you wanted to you have so many opportunities in the world.”

The next part of this series will look at women who are active in state and local politics and their thoughts on female leadership.