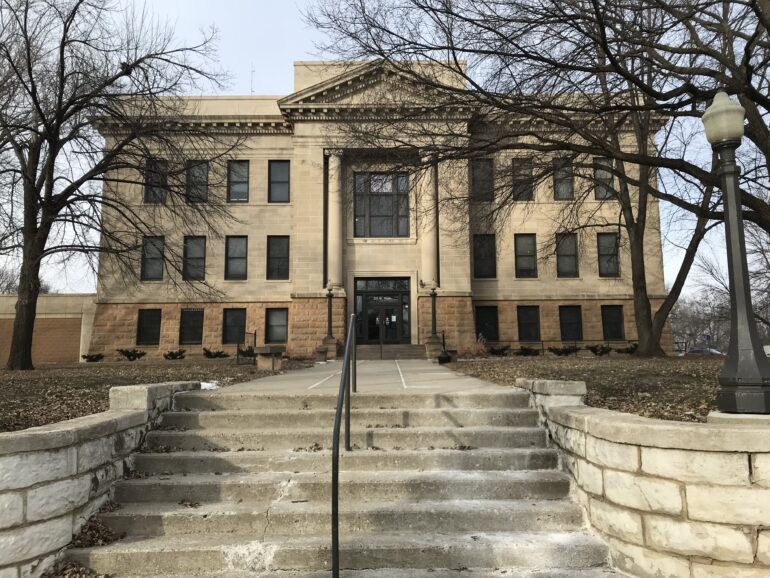 Around Town
The Clay County jail and courthouse are seeking an upgrade with the overflowing amount of inmates. Austin Lammers | The Volante

The Clay County jail and courthouse is set to receive a facelift in the coming years.

A committee of 10 community members was created late last year with the intention of overseeing the construction of a new jail and courthouse. The cost of those new facilities could be up to $25 million or higher.

Andy Howe, Clay County Sheriff, said there may be a difference of opinion on what exactly is needed, but there’s a consensus on the need of a new facility.

“This jail and courthouse has outlived its usefulness to the county. There’s no question about that,” Howe said.

Because of the close quarters and limited space, inmate overflow has cost the county around $15,000 a month to have prisoners stay at other jails.

An assessment that was completed showed that the building needed a lot of updates, including electrical and plumbing work, along with fire safety which you can find out this here.

Committee member Greg Huckabee said he would be concerned for any prisoner staying in the jail and that it’s a “dangerous place.”

“The plumbing leaks, the electrical work is deteriorated and presents serious safety issues,” Huckabee said. “Plus the fire issue. There’s no fire suppression apparatus or equipment in the building.”

They plan on having the contractors Klein McCarthy Architects propose four options once the group decides what Clay County’s needs are for inmates and office space.

The committee is looking at several other jails including Plymouth and Sioux counties of Iowa and Thurston and Yankton counties of South Dakota.