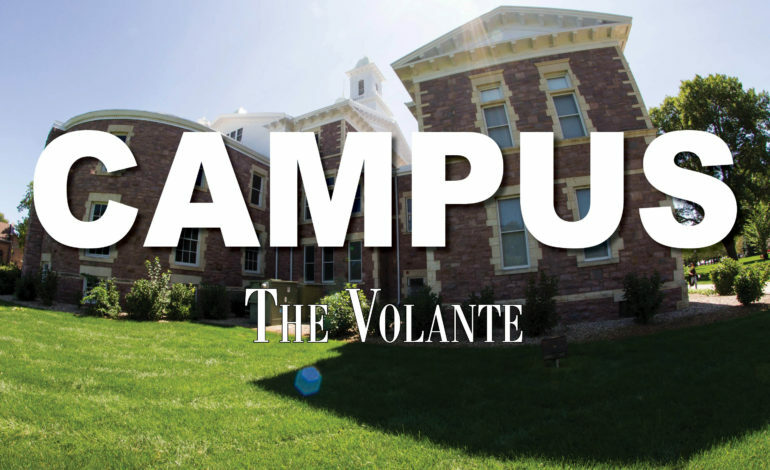 As the partial government shutdown reaches its 23rd day, South Dakotans are feeling the effects.

Feeding South Dakota stated in a news release that they are “preparing for the worst” as they worry about funding as the shutdown continues.

“Nearly 90,000 South Dakotans received SNAP (Supplemental Nutrition Assistance Program) benefits in November 2018, and nearly half of those recipients were children under the age of 18,” according to the news release.

The organization has plans to “procure more food, more volunteers and more financial resources to carry food-insecure South Dakotans through this crisis. The organization anticipates it will start to see a significant increase in food demand on Feb. 5.”

South Dakota airports have also been affected as well, as all of the government workers are going without a paycheck or have been furloughed.

As D.C. partisanship continues to contribute to the shutdown, the presidents of College Republicans and College Democrats spoke with The Volante on the issue.

Parker Spitzer, a senior economics and strategic communications double major and the president of College Republicans, said while the group has not had a formal meeting yet this semester, they have had many small-scale conversations about the shutdown.

Spitzer said there are some members that are in full support of Trump’s and the Republican Party’s actions and others that aren’t in total agreement.

“You do have the people who are Trumpers… and those people would be all about the shutdown, ‘like build the wall regardless of the costs. Regardless of whatever, we’re building the wall’,” Spitzer said. “Then you have the people who step back from that and look at it like look at all these people who are affected and aren’t getting paid now and it’s kind of an issue. And the military right now is funded but this is happening now–what could this mean in the future for situations like this?”

Courtney Gould, president of College Democrats and senior political science major, said the college Democrats have had one meeting this semester but have mostly focused conversations on the upcoming 2020 election.

“I think my biggest issue is that it’s affecting the SNAP, WIC (women, infants, children) and food stamp programs. So that is the most pressing I think because those are people that really need help,” she said.

While Spitzer said he thinks both sides need to come to the negotiating table to end the shutdown, Gould is looking for the Republicans to lessen their demands.

“I hate doing the blame game, but I feel like right now (the government) could be back up if it wasn’t for the fact that Donald Trump and his party just really want to build the wall,” Gould said. “I think if he just looks at how much this is affecting the country right now and if the parties could come to an agreement right now it would really help.”

As for students across USD’s campus, Gould said she doesn’t think many are paying attention to the shutdown.

“I don’t think so, I personally have only really been paying attention for the last week,” Gould said. “It hasn’t been covered as much as other political things have been.”

Spitzer said he thinks most students are paying attention to the shutdown and are concerned. With Trump’s use of social media, he said it’s hard not to see.

“From the meetings that we’ve (College Republicans) had, we’ve had mixed feelings on his PR,” Spitzer said. “It’s hard to tell how conservative he really is if he is willing to act like this.”