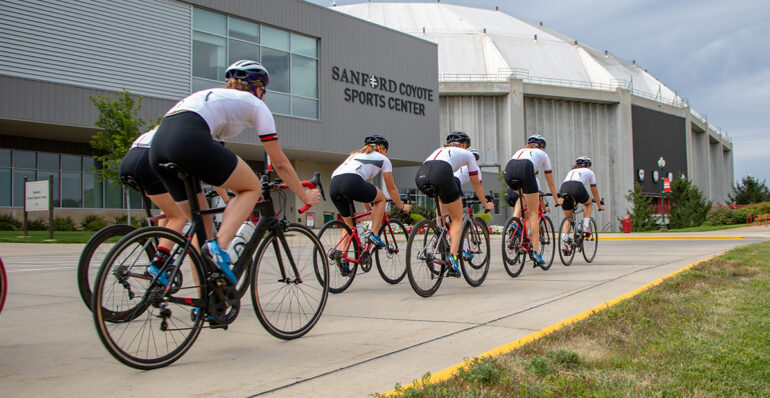 USD triathlon opened the season with a second-place finish at the Rec Plex in Pleasant Prairie, Wisc. on Sunday.

The Coyotes totaled 17 points at the Central Regional Qualifier and fell to three-time defending national champion Arizona State, who finished with six points.

While the Sun Devils won the event and swept the top three spots, the Coyotes made their presence known with four athletes inside the top 10.

Sophomore Sammy Whitting finished eighth for USD with a time of 1:05:45 and freshman Maddie Katz earned 10th with her final time of 1:06:05.

Rounding out the Coyotes was freshman Grace Johnson. She finished in 1:14:32, good for 19th place.

San Francisco and Wagner were the other two schools at the event.

The Coyotes will see action in a few weeks when they travel to Belle Fourche, S.D. on Sept. 15 for the West Regional Qualifier.