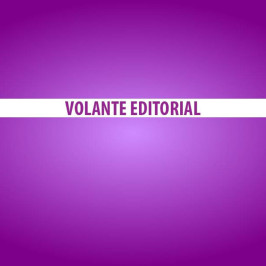 Even though Nov. 3 marked the official election day in America, in reality, this is nowhere near the end of the road.

Americans have been voting since early October and though Election Day is the last day to cast your vote, today marks the beginning of two and a half long months until Jan. 20.

It is safe to say that Americans will not go to bed on election night knowing who is president or possibly even for the next three nights after that.

Frankly, no one is so clairvoyant to know exactly when we will have the Presidential results. Many Americans won’t rest easy until inauguration day. But no matter what happens, the world will keep turning.

This year and election has been a rollercoaster of incredible highs and unspeakable lows.

There were moments this year that felt like the world would stop on its axis, but after each success and failure, the sun still came up the next morning. We are so close to the end of the semester and 2020.

We must go on.

The end of the election does not mean the end of activism and participation. For many of us, this election marks the beginning of decades of future voting, but take this time to recenter yourself.

After stressful weeks of debates and retweets, it is time that you take time for yourself and release the election anxiety. Let go of the pessimism and hatred. Get off of social media — get off of Tiktok. We can only control ourselves, so make the last months of 2020 the best they can be.

We have made it so far as a university this year. We left campus last March without a clue of what was in store for us. We came back to USD in August and while it hasn’t been completely without issues, USD is just three short weeks away from the end of our 2020 school year.

We are all anxious to get through 2020, the global pandemic and to learn what the next four years of our nation look like. But it is time to rest. Be patient and empathetic for the work of thousands of Americans as they are working at the polls and counting ballots.

Everyday after election night, the sun will continue to rise, calling to a new day and will eventually set with the promise of tomorrow.

No matter who wins, America will go on. We will march forward for the sake of American democracy.

There will be many times in our lives where democracy is at stake and we must protect it. Our jobs are done for now. Rest and recover, USD.

Sep 27th, 202235
Pushing off assignments until the last minute has always been a part of college life. We all know...