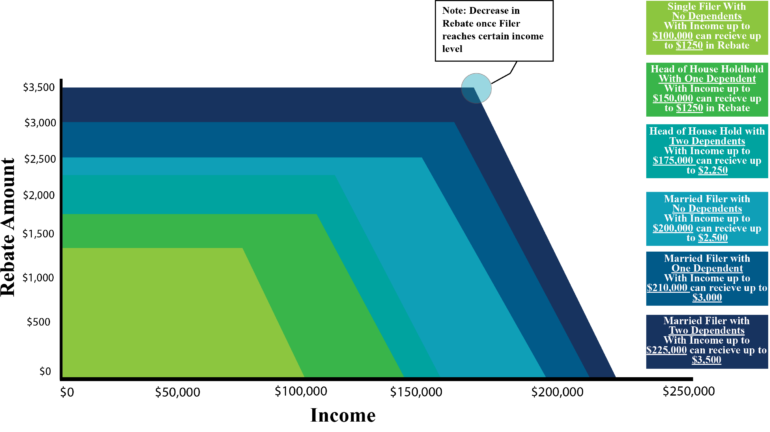 COVID-19
Stimulus checks are determined by filing status and begin to phase out at higher income levels. Rachel Thompson | The Volante

President Joe Biden has been adamant about passing another COVID-19 relief package, even before he was elected. This proposed third stimulus bill of $1400 would include college students when many were left out of the first two.

This new stimulus bill could arrive as early as next week or could get pushed back until the end of the month due to the impeachment trial. Congressman Dusty Johnson said the biggest problem the US will face trying to get this stimulus bill through is negotiations within Congress.

“If the president wants a bipartisan package that will unify the nation, he is going to need to make a lot of concessions,” Johnson said. “…he is not going to get his plan, the Republicans aren’t going to get their plan. Everybody will need to take a step toward the middle.”

The head of the political science department at USD, David Earnest said this stimulus bill will be very important in setting the tone in Congress for the rest of Joe Biden’s presidency.

Johnson said President Biden has the power to fund this stimulus bill without Congress’s approval, but it would further divide the nation if he went through without an agreement.

“I’m opposed to a $1.9 trillion package but there are some parts in which I could support, clearly in areas of testing and vaccines,” Johnson said.

Johnson worries that if this third stimulus bill gets passed there will be major economic consequences.

“The total tax revenues of our entire federal government for an entire year are about 3 trillion,” Johnson said. “If the president’s bill passes, we would have applied in just the last year $6 trillion in COVID.”

“At some point the president would do good to acknowledge that this is all borrowed money from China and so we want to make sure that we invest those dollars,” Johnson said.

A major debate with this stimulus package, Earnest said, is that many congressmen believe that this is a lot of money to spend and it is not being applied to those who really need it.

“The indirect benefit is aid to the state of South Dakota because it will help USD do its business with helping their students, and aid to the economy as a whole helps with employment prospects,” Earnest said.

“The needs are immediate across the spectrum from the individual to state and local government to health care providers in the medical system,” Earnest said.

This stimulus bill package includes expanded unemployment insurance, spending on vaccines and other COVID-19 medication, as well as funding for state and local governments and small businesses around the U.S., but negotiations within Congress could hold back the 1.9 trillion dollar bill.