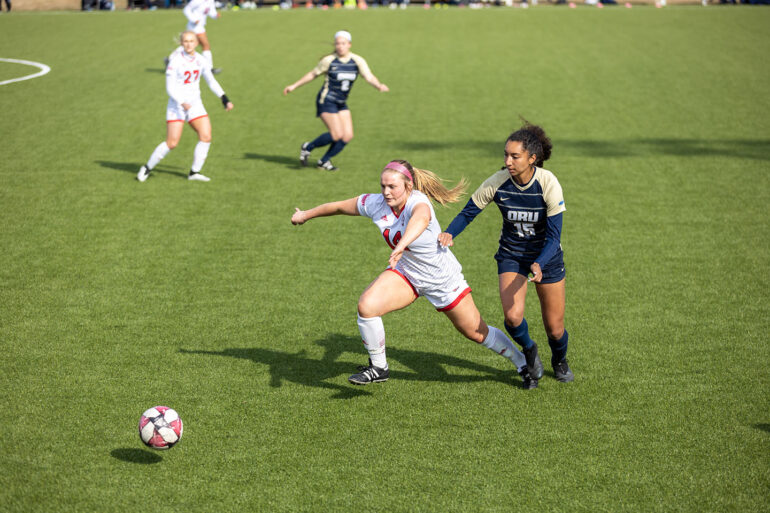 Soccer
The Coyotes win both games in a series against NDSU. Peyton Beyers | The Volante

After recording their first shutout of the season in the first game of the series, the Coyotes complete shutout number two against North Dakota State Saturday at First Bank and Trust Soccer Complex.

After the matchup April 1-3 the Coyotes (7-8-1) move to fourth place in conference play after defeating NDSU (6-8).

Jordan Centieno and Alexis Mitchell scored for the Coyotes in their 3-0 shutout Thursday afternoon. All three goals came in the second half, and Mitchell scored two, bringing her to five goals on the season.

Junior Taylor Cotter recorded three assists on goals Saturday, putting her up to seven this season. Her seven assists rank second in the Summit League and 10th in the nation. Her three assists is one assist short of the USD game record of four set in 2001.

Coyote goalkeeper Emma Harkleroad picked up her first Summit League Defensive Player of the Week honor for the two shutout performances over the weekend. She tallied nine saves on the weekend, bringing her up to 36 on the season.

USD is set to play North Dakota Friday and Sunday in Grand Forks to finish out regular season play.