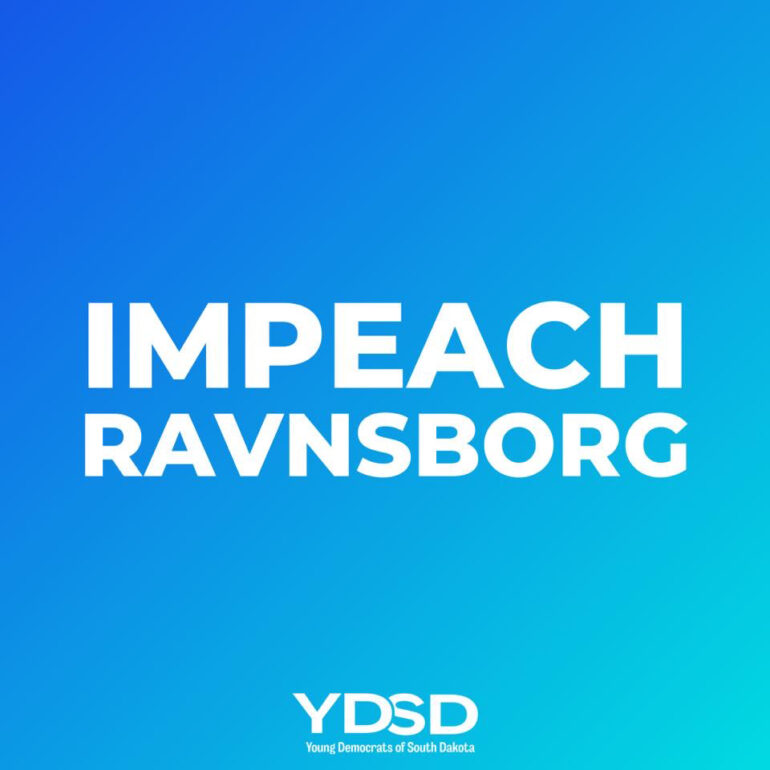 Campus
Addison Miller is the Young Democrats of South Dakota president. Ravnsborg doesn’t have the moral or ethical capacity to be the attorney general, Miller said

A special session of the state legislature to discuss the possible impeachment of South Dakota Attorney General Jason Ravnsborg, who hit and killed Joe Boever Sept. 12 2020, is set to start Nov. 9.

Enough South Dakota officials signed a petition to have the special session reaching a 47-member threshold. Petition signers names’ are not released to the public.

South Dakota Gov. Kristi Noem, and other government officials and lawmakers, have called for Ravnsborg’s resignation.

According to the Associated Press, the petition was circulated by South Dakota House Speaker Spencer Gosch.

Ravnsborg was not charged with manslaughter, a felony, but pleaded no contest to two misdemeanor charges regarding the hit and run.

Along with government officials, The Young Democrats of South Dakota (YDSD) called for the impeachment of Attorney General Ravnsborg.

Addison Miller is the YDSD president and communications director of the Student Government Association. Ravnsborg doesn’t have the moral or ethical capacity to be the attorney general, Miller said.

“Rather than take accountability for his actions, Ravnsborg has constantly and consistently prioritized his self interest,” Miller said. “He has consistently proven he believes himself above the law.

“We should expect better from the (government) officials and we cannot trust a man who shows minimal respect for human life and for sufficiently fulfilling the civil duties of the Attorney General.”

“The accident that ended the life of Joseph Beaver is extremely tragic. After sitting in the committee room where the impeachment articles were first read, it was apparent the damage the AG caused Mr. Beaver’s family,” Weiland said. “It was a room full of raw emotion.”

Along with Miller and South Dakota lawmakers and officials, Weiland supports the resignation and possible impeachment of Ravnsborg.

“In relation to the impeachment of Attorney General Ravensborg it is my opinion that calling a special session to get to the bottom of what happened and see if there are any impeachable offenses is the right thing to do,” Weiland said. “I also think AG Ravensborg should have and still should resign.”

Ravnsborg had the privilege of due process, Miller said.

“Everyone deserves due process, but the process has been completed and (Ravnsborg) was charged with two misdemeanors… a man, an innocent man, would be alive today if it wasn’t for the attorney general’s actions,” Miller said.