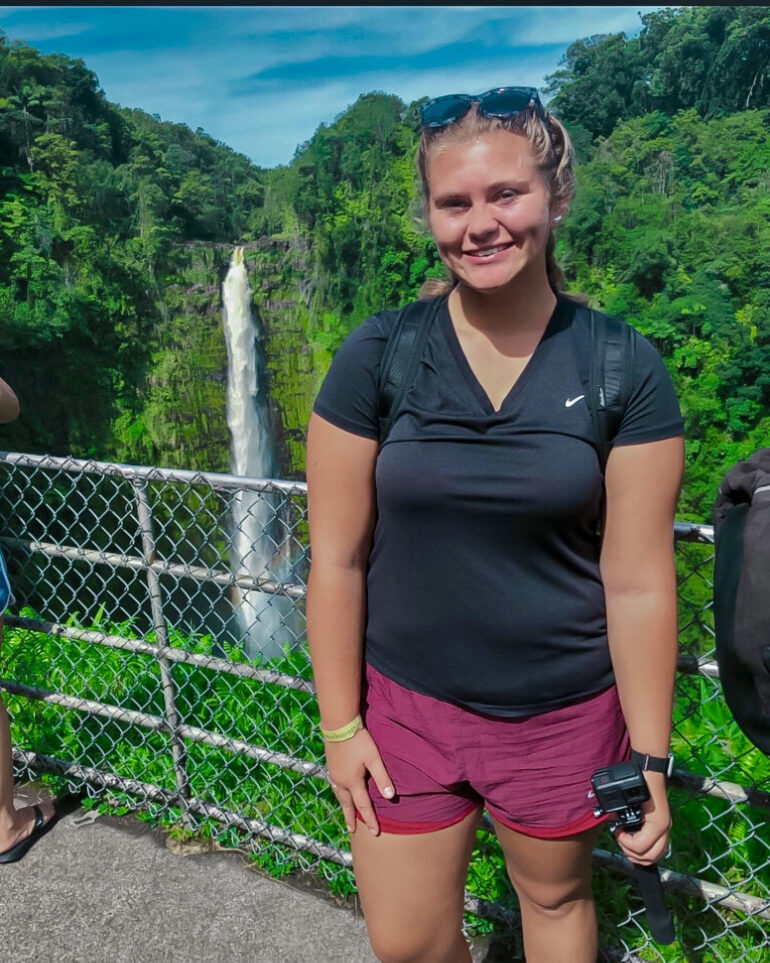 The Study Abroad Program is one of the many diverse experiences USD offers students. This allows students to travel within the United States or internationally while still receiving an education.

Jessica Winterringer, the Study Abroad advisor for the Gallagher Center, works with individuals who want to study away for a few weeks, months or up to a year. Winterringer said they use the term “study away” because USD offers both domestic as well as international programs.

“It’s an opportunity for students to study, research, intern, serve somewhere outside of the classroom, and that could be within an institution that’s not your home institution, not at USD,” Winterringer said. “Or it could be within a program that is a shorter term, so you just do some classwork but also some tourist things and kind of relate it all back to the content you’re learning.”

Winterringer said the programs are a great opportunity for students to learn outside of the classroom and outside of USD in a non-traditional way, as well as experience something firsthand while gaining practical skills.

“Classes are a lot like taking them here at USD,” Winterringer said. “A lot of the same structure happens where they have a certain number of classes that they attend every week, their schedule is typically a lot the same as they would have one here.”

Junior economics major Josh Brink will study away in Seville, Spain in the spring. He said he wanted to study abroad for a long time, and knowing he’d have that opportunity was an important part of his decision to attend USD.

“I chose that location because my minor is in Spanish, so I definitely wanted to go to a Spanish-speaking country,” Brink said. “One of my goals in life, in general, is just to become fluent in Spanish, so that will get me greatly… towards that.”

To study abroad, students have to be on campus for at least a semester and then they can travel as many times as they’d like. The Gallagher Center also works with students to find financial aid for their trips. This can include scholarships for passports or scholarships from different departments to cover bigger costs.

There are multiple reasons students travel abroad, and Winterringer said one of the big reasons is for language learning. She said it’s easier for students to learn the language when they are consistently immersed in it. She said students also learn about the local culture, history and people while they are studying abroad.

“Meeting new people and expanding your perspectives on different cultures and diversity and people’s opinions really strengthens your core self, what you believe in for your values,” Winterringer said. “It just makes you a better person in general.”

Brink said he is nervous because he’s never travelled outside of the country, especially not for three months without his family. Brink also said an issue at first may be the language barrier since he’s not a native Spanish speaker, but he’s been working hard to overcome it.

“If you’re going to a country where there’s a language barrier and you’re planning on speaking that language that they speak in that country, I would say practicing a lot beforehand and watching shows in the language or listening to music in the language (helps),” Brink said.

Students can learn more information at the study away fair on Sept. 8 from 10 a.m.-2 p.m. in the Muenster University Center ballroom. They can also go to the Gallagher Center in the library to talk with advisors.