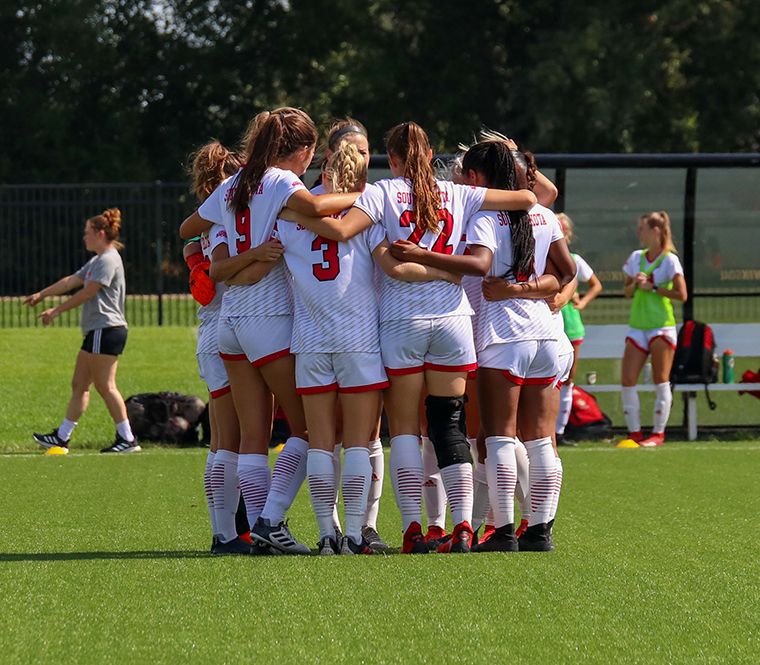 The USD soccer team earned the fourth seed in the conference tournament following a draw at Denver and a loss to Omaha in the final week of the regular season over the weekend.

The Coyotes earned a 1-1 draw at Denver Friday.

Senior forward Maddison Sullivan found the back of the net in the first half, sneaking a shot past Denver goalkeeper Nerea Arrazola in the 29th minute. Nearly four minutes later, Denver’s Natalie Beckman tied the game at one with a shot past USD keeper Emma Harkleroad.

With the tie, the Coyotes locked up a spot in the Summit League Women’s Soccer Tournament, the only question that remained was what seed the Coyotes would have.

The third seed was on the line Sunday in Omaha, as the Coyotes and Mavericks concluded their seasons at Caniglia Field.

Neither side scored in the first half as Harkleroad recorded three saves in the period. In the second half, it was Omaha’s turn to make stops.

All four of Rachel Thigpen’s saves came in the second half for the Mavs. A 63rd minute goal from Sophia Green put the Mavs ahead and gave them the win.

With the Omaha win, the Coyotes and Mavs traded spots in the Summit League Tournament, with Omaha getting the third seed and USD getting the fourth seed.

The Coyotes open the tournament against the top-seeded Pioneers Thursday at 2 p.m. South Dakota State and Omaha battle in the other semifinal Thursday. The championship game between the two winners is Saturday at 3 p.m. in Denver.