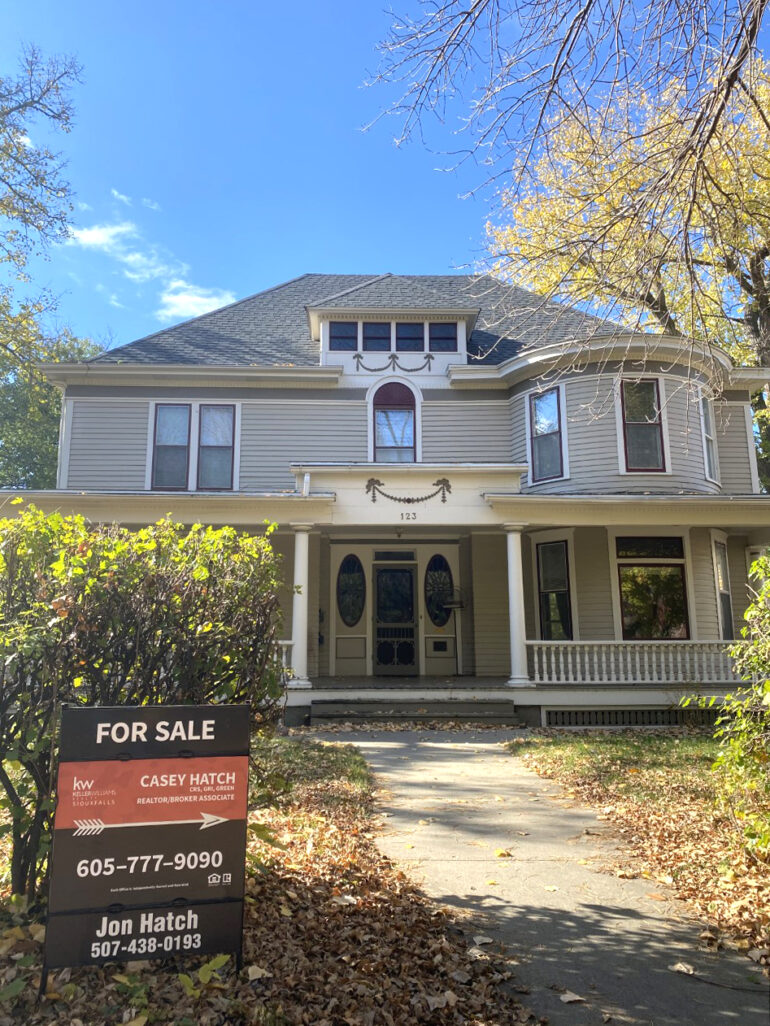 All across the country, Vermillion included, communities are facing issues with the housing market, according to Forbes. The demand for housing is too high for the market availability to keep up.

Michelle Maloney is the broker owner of Maloney Real Estate. Maloney said the country hasn’t been building as much, which in turn causes low inventory within the housing market.

“Like everywhere else in the country, we’ve had lower inventory because we weren’t building as many houses right around the recession of 2008. And a couple years after that we didn’t have any development at that point of places to build new inventory,” Maloney said.

Bliss Point on the west side of town and the development on Mickelson street are two examples of the community’s efforts to keep up with the demand of the housing market.

“That doesn’t really help first time homebuyers because most of them can’t afford new homes. And the good problem is we don’t have as many people that want to leave Vermillion. And so the inventory of the move-up buyer wasn’t really there, so we’ve just been playing catch-up for the last couple years,” Maloney said.

“It’s really hard to get into the market when there isn’t much inventory. There’s a lot of competition for houses when they do come on the market, and some people are either priced out of the market or they can’t get in because it’s hard to get an offer accepted,” Maloney said.

Maloney said the issues the country faces within the housing market also affect renters and landlords. It’s a difficult time for both sectors, she said.

Normally, realtors in Vermillion have at least five houses to show in each price range, Maloney said. Now, it’s typical to have only one or two to show in varying price ranges.

Maloney said there are several projects underway to combat some of the housing issues Vermillion is facing.

“Phase two of Bliss Point, I believe, will be shovel ready in the middle of November. So that would be the northeast section of Bliss Point right off on Stanford, around 70 lots,” Maloney said.

The Vermillion Area Chamber and Development Company is also working toward solutions for the housing market issues.

“It’s going to take a group effort. If we’re not going to be able to recruit a large skill building outfit to come in here and develop, then we need to look to incentivize our local builders and work with them to create developments,” Maloney said.