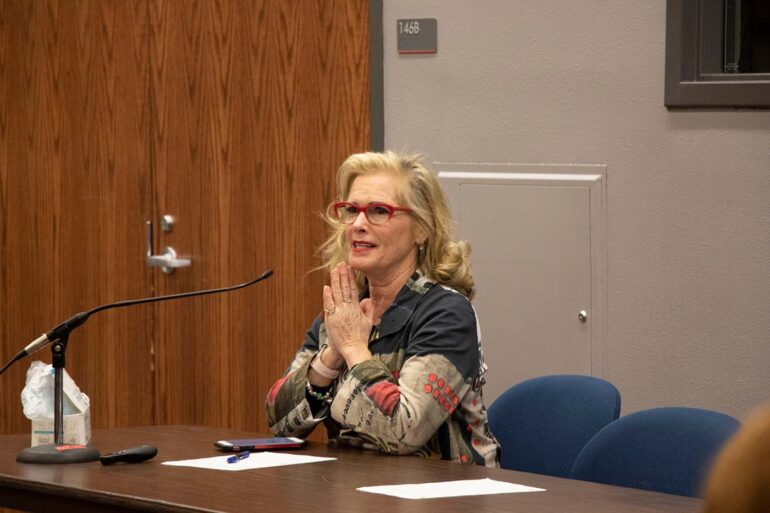 At Student Government Association’s (SGA) meeting, Nate Popp gave a presentation on Unite for USD and the Senate discussed the possibility of another mask mandate.

Unite for USD is an annual online fundraiser that lasts 1,862 minutes. This will be the fourth year of the fundraiser. There are over 20 initiatives this year.

There was no new or old business on the agenda for this meeting. During senator announcements, Sen. Caleb Weiland announced that he and Paige Schroeder, director of operations, will sit in on the Faculty Senate meeting tomorrow, which will include the voting of a resolution encouraging a mask mandate.

“The resolution is to encourage the university to implement a mask mandate,” said Weiland.

He said that the resolution says COVID-19 cases are on the rise again and are at the amount that they were when the first mask mandate was implemented.

A motion was put on the floor to vote to give the Faculty Senate a number of how many SGA senators agree or disagree with the resolution. Schroeder explained to the senate that this is an informal vote and the use of the vote is to help inform the Faculty Senate with their decision.

After discussion, the SGA Senate sent their anonymous votes to Schroeder.

To hear the full discussion, watch the live stream on the SGA Facebook page.