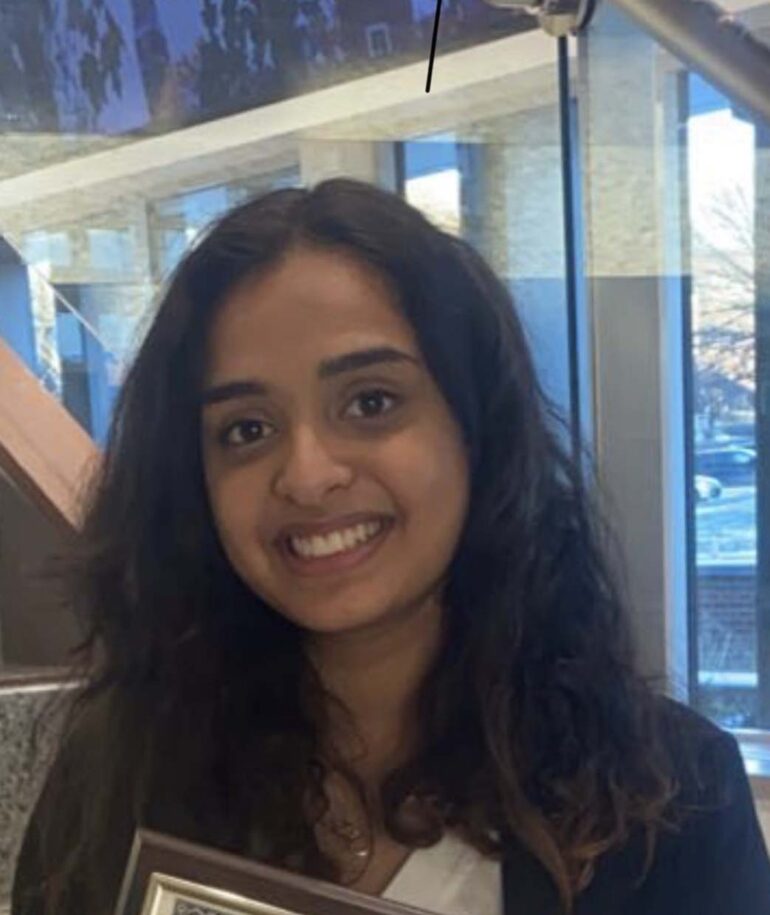 This is the fourth installment of a series recording the experiences of students and faculty involved with the Center for Diversity and Community (CDC). The series seeks to highlight why this organization was impactful on the USD community and why the CDC was more than the sum of its parts.

“It’s a place where you meet all people from different backgrounds and we all come together and then you find out the difficulties people face. And usually, people will be understanding of what privilege is and diversity is, but over there, it was really important because sometimes we just use them as loose terms,” Pooja Modawel said.

Modawel is a senior at USD and was very active in the CDC before it was dismantled. Modawel was involved with multiple groups housed under the CDC, including the Asian American Student Association (AASA), which she is now the president of. Modawel said she spent a lot of time in the CDC and it allowed her to open up and meet people.

“I kind of would never want to go back to my room because it was just fun to be (in the CDC). People were always around and it was comfortable just coming in and just having people to talk to or (to) work on your homework together in a group setting,” Modawel said. “And a lot of students, when they’re freshmen, they struggle with finding a place where they can fit in. So, they stay in the dorms, but having CDC really helped me be out here and in general, kind of just let me open up a lot.”

The CDC hosted retreats as part of the Multicultural Leadership Institute (MLI). During one of these retreats, Modawel said the MLI hosted an activity called “Who’s Behind the Line and Who’s In Front of the Line” where participants would take a step forward or backward depending on participants’ answers to different questions. The activity was meant to illustrate how people’s backgrounds can affect where they are today.

“I think people are really unaware about the problems in the world because there’s problems about sexuality, and then if you’re a male or a female, you’re treated differently. If you’re from a different race, there’s different things you face and then your family also goes through stuff,” Modawel said.

Modawel did the activity with her brother and she said her brother was surprised to see she was behind him, showing how it is easy not to notice when others are disadvantaged when the experience is not universal.

“Even my brother went to (the activity) one time. And he was saying, even though we were from the same family, you were behind me. And I was like, yeah, because…you’re a guy and I’m a girl so they can see it was eye opening for him to realize that I actually go through a lot of things, like stereotypes just because I’m a girl,” Modawel said. “…Sometimes it’s a diversity thing where people are advocating for you, but so many things go into diversity that you don’t even realize how people are treated.”

Like so many other students who were part of the CDC, Modawel spent much of her free time in the space. If she was not sleeping or in class, she could probably be found there. The CDC was a familiar and comfortable place, which was hard for her to find in other places on campus.

“I started my classes, if I had a break for an hour or something I would sit (in the CDC), work on my homework, and then I would grab lunch and then go back to my class then come back (to the CDC) and do homework. Because I knew people will be here, that I can just walk in and hang out with people,” Modawel said. “It is kind of weird because…we have seating downstairs, but if you’re just a person who does not really have a person, like a friend waiting for you at any of the tables, you wouldn’t want to go walk around aimlessly, it kind of just makes you feel stupid that you’re just walking around.”

Seeing videos of the CDC and the videos portraying diversity on USD’s website was one of the reasons Modawel decided to come to USD. Modawel said since there is not a lot of diversity within South Dakota, these videos made her feel like she would have a place at USD.

“I looked at the videos and when I saw that there was diversity, I was like, well, so maybe it won’t be as hard for me to fit in because if nothing I’ll have people who I can relate to because we’re from the same background,” Modawel said. “So, having the CDC and just going through their page, I was not even in the school by this time but just looking at it gave me the idea that, you know, I’ll find my fit, if nothing else, I have people I can always go to.”

Modawel made many of her friends in the CDC and she said the environment was very welcoming and conducive for friendships.

“We always had a director and (graduate assistant) who would be sitting here. So, they would come talk to us, even if it was small talk, they would tell us about what’s going to happen. So, if there’s any new events, they’ll tell us about it and then invite us over for those events. They also wanted us to participate in them. You felt wanted because they were like, yeah, we want you guys to come,” Modawel said.

Since the CDC was dismantled, Modawel said she feels like a stranger in the space.

“Now when I walk in, it’s like I don’t really know anyone who’s here. And this place used to be so comforting for me,” Modawel said. “I’ve literally done homework, from doing interviews here to interacting with people. But now when I come in here, it feels like something has been taken away.”