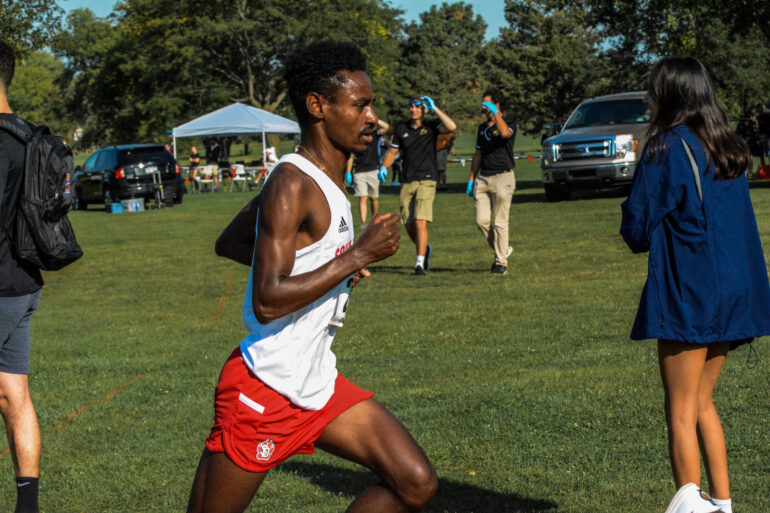 Senior distance runner Merga Gemeda ended last cross country season due to a season ending injury. Gemeda said after the injury, his motivation was completely taken away but he is trying to stay focused this season on staying healthy and performing well in conference competitions.

Last year, Gemeda was named Summit League Cross Country Runner of the Week five times and three times this year so far. Gemeda said he has received this award primarily because of his teammates and coaches pushing him to be better every day.

For Gemeda, the Summit League Cross Country Runner of the Week title is used to motivate athletes each week. Gemeda said other awards are usually given out at the end of the season based on their entire performance.

Gemeda said there is no guarantee for a perfect season and one of his goals is to just stay as healthy as he can by doing stretches and little things outside of practice to prevent injuries.

“Even last year going through the season, that was my fear and then I ended up being injured before a conference meet. And that’s the worst thing that can happen. That’s one of the focuses of just trying to stay healthy and do the little things to stay healthy throughout the season,” Gemeda said.

Another motivation for Gemeda is his teammates and coaches. He said their current coaches are more focused on recovery and preventing injury and his teammates are constantly cheering him on through practices and competitions.

In the future, Gemeda said he would consider running after college by joining a club, but everything depends on his indoor and outdoor track season. For Gemeda to stay motivated through each season, he said he has his goals written on a board to look at every morning.