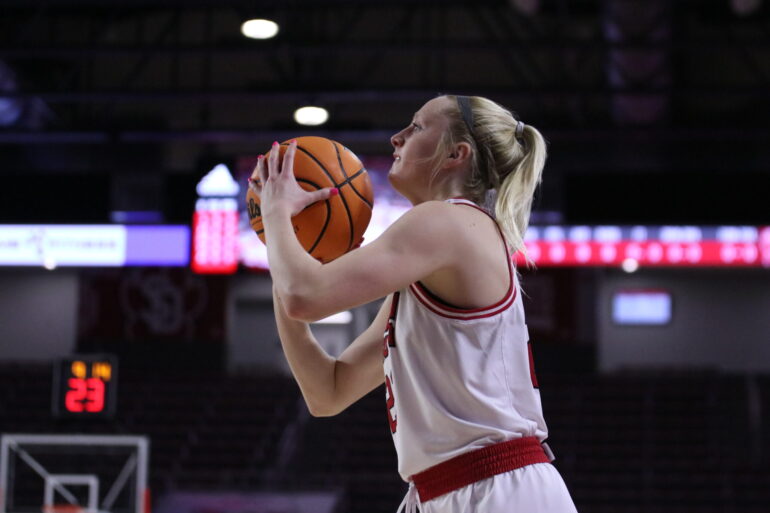 The Coyote women’s basketball team hosted Bellevue on Wednesday coming back from their first away game of the season against Bradley where they won 71-53.

The Coyotes jumped out to a 28-8 lead after the first quarter as the Coyotes made four three-pointers in the opening six minutes, two of which were made by redshirt sophomore Alexi Hempe.

Senior guard Madison Grange came out of the first quarter and continued her perfect game as she drained a three-point shot with 9:29 left in the second quarter.

The Coyotes headed to the locker rooms with a 55-18 lead over the Bruins at halftime with Grange as their lead scorer with 16.

Grange once again picked up where she left off, as she scored the first bucket in the second half. That basket helped Grange pass her season high for points in a single game.

The fourth quarter was the closest scoring quarter (16-12) as South Dakota defeated Bellevue 100-38.

Grange also finished the game on 7-8 shooting, 4-4 from three point range and 2-2 from the free throw line. She also picked up six rebounds and one assist.

South Dakota won the rebounding battle 38-8 with Larkins grabbing the most in the game with eight.

South Dakota’s record jumps to 3-1 on the season, they’ll hit the road to take on Saint Louis on Sunday at 3 p.m.