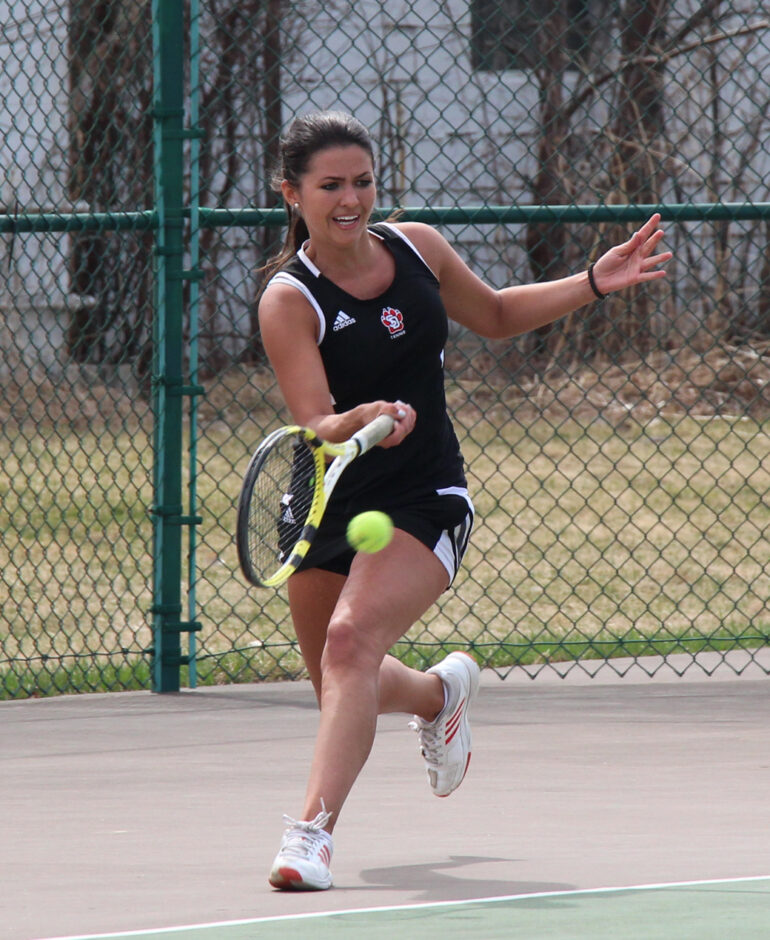 After a home loss Saturday, the University of South Dakota women’s tennis team bounced back with a win at home Tuesday.

“(Tuesday) was about getting back out, competing and getting ready for this weekend,” head coach Malcolm Gilreath said. “It was nice to build some momentum.”

“Today we were more in control,” Gilreath said. “We played within ourselves a little better and we played to our fundamentals. I was happy with how the ladies performed and how focused they were (Tuesday).”

As for Saturday’s loss, Gilreath said the matches were competitive but it’s time to focus on next weekend.

“It didn’t go as well as we hoped, but it was really close overall,” junior co-captain Yamini Reddy said. “In doubles, we were all up and lost at the end. In singles, all of us won the first set and then it ended up coming down to our last sets to decide the games.”

“The girl I played against had a good game so it was a nice match,” Sidenko said. “It wasn’t a hard match so I just played my game.”

“IPFW beat us last year, so they will be tough, but the matchup will be better this year because we have some new freshmen,” Reddy said. “We beat IUPUI last year, but it was close. Western Illinois should be our easiest matchup. It’ll be a tough weekend, but hopefully we’ll come out of it better than this weekend.”

Photo: First-year Dragana Brankovic returns a volley during a tennis match against the Omaha Mavericks April 12 at the only Coyote home meet of the season. (Kayla Prasek/The Volante)