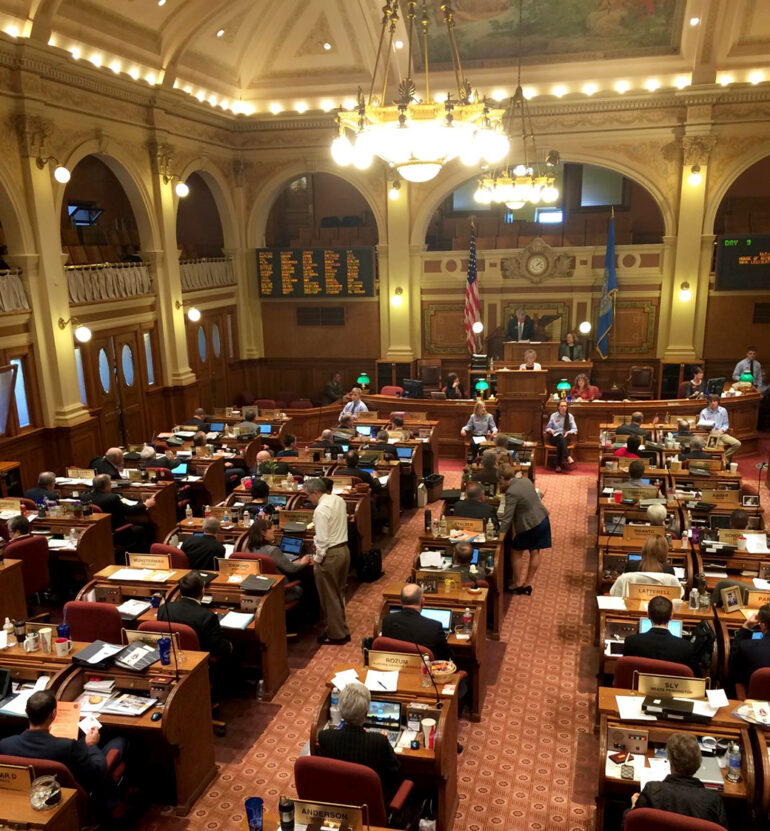 As the 2015 South Dakota legislative session gets underway in Pierre, The Volante has compiled a list of bills to keep an eye on that pertain to students at the University of South Dakota.

No requests from USD were received by the South Dakota Board of Regents asking to submit any bills to the Legislature this year, Janelle Toman, director of communications at SDBOR, said.

Toman said the SDBOR did file a few bills related to construction, sale and purchase of land at South Dakota State University.

Feb. 4 is the last day to introduce a bill.

This bill proposes to change a law about stopping for pedestrians at crosswalks. Currently, the law reads drivers need to yield for pedestrians. If passed, the bill would mandate drivers come to a complete stop when a pedestrian is crossing the street. House Bill 1032 also upgrades the offense from a petty offense to a Class 2 misdemeanor.

Gov. Dennis Daugaard proposed a similar plan to Senate Bill 1 in his State of the State address to raise the gas tax 2 cents per year. Senate Bill 1 has a much more gradual increase in taxes than Daugaard’s proposed increases.

Daugaard has not introduced a bill at this time with his proposal.

“The legislature implemented the current $.22 motor fuel tax in 1999. That was 16 years ago, when I was in the State Senate, and Bill Janklow was governor,” Daugaard said in his speech on Jan. 13. “Gasoline was around $1 per gallon, so the motor fuel tax at the time represented 22% of the total price per gallon.”

The bill also proposes to raise the tax on motor vehicle purchases from three to four percent. Daugaard’s plan also supported the one percent increase. If passed, Senate Bill 1 could bring an estimated $26 million in additional revenue to the state.

Introduced on behalf of South Dakota Attorney General Marty Jackley, Senate Bill 14 proposes law enforcement, fire and EMS officials carry and be able to administer an opioid antagonist — which prevents the body from responding to endorphins or chemicals produced by drugs — in the event of a drug overdose.

“I join with U.S. Attorney General Eric Holder in the belief that expanding the availability of naloxone has the potential to save lives,” Jackley said in a statement. “Through proper training and availability, our law enforcement and first responders should have the tools available to save a life in a drug overdose situation, and this legislation will do just that.”

Naloxone is more commonly referred to as Narcan.