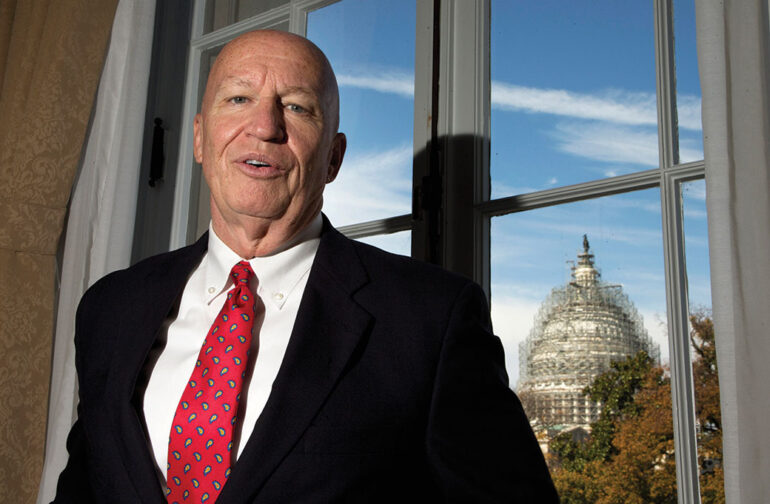 “Out of 435 members in the House of Representatives, he is definitely in the top 10 most powerful people, perhaps the top five,” political science instructor Mary Pat Bierle said.

Brady was elected in a private meeting by House Republicans to be the chairman of the powerful House Committee on Ways and Means. He replaced newly-elected Speaker of the House Paul Ryan, R-Wis.

“In a sense I am pinching myself,” Brady said. “You know I never dreamed of being in Congress, much less having the opportunity to chair the Ways and Means Committee.”

LISTEN TO AUDIO FROM THE VOLANTE’S EXCLUSIVE INTERVIEW BELOW

Ways and Means is the oldest committee in Congress and is one of the most powerful because of its impact.

“The jurisdiction is enormous, (Ways and Means) arguably has the biggest percentage of the federal budget pie,” Bierle said.

“(It’s) considered so influential because the issues that it addresses touches so much of our daily lives and our future as well,” Brady said. 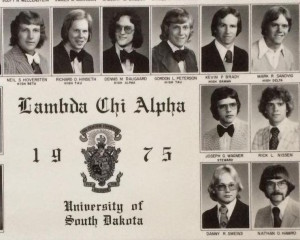 Brady dropped out of USD after his junior year, then returned, but was a few credits short from a degree when he completed a class remotely.

“University was instrumental in shaping my future,” Brady said.

Brady was born in Vermillion in 1955. He spent a majority of his childhood in Rapid City. When he was 12 years old, Brady’s father was shot to death in a courtroom during a divorce trial. Bill Brady, an attorney, was killed by the husband of the woman he was representing.

From that point forward Brady was raised by a single mother, Nancy, with his four siblings. He graduated from Rapid City Central High School and then came to USD where played baseball his freshman and sophomore years.

Brady served on the Student Government Association and the Student Publications Board, now called the Student Media Board, which governs The Volante.

Brady was a so-called “Farber Boy,” he said, as he spent time working with longtime USD political science professor Doc Farber. He also worked in university relations with Ted Muenster – the namesake of the Muenster University Center.

“I had a chance to learn from (Muenster’s) remarkable personal skills,” Brady said.

He credits much of success from the Lambda Chi Alpha house, he said.

He was also a member of Interfraternity Council. During his college years he worked at a downtown bar that is now defunct, at a meat packing plant in South Sioux City and as a sheet metal worker.

Brady received the Alumni Achievement Award at USD in 2005 and was a 2001 recipient of Lambda Chi Alpha’s Order of Achievement. 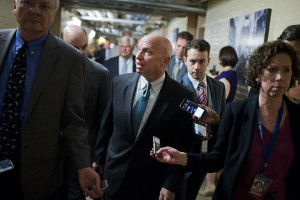 Rep. Kevin Brady, R-Texas, the new chairman of the House Ways and Means Committee, talks with reporters outside a meeting of the House Republican Conference in the Capitol, November 5, 2015. (Photo By Tom Williams/CQ Roll Call) (CQ Roll Call via AP Images)

Brady’s family had strong Democratic connections in South Dakota, but as he began to work in Chambers of Commerce in South Dakota and then Texas, he became to solidify his Conservative beliefs.

“South Dakota is a small state with a lot of small communities, but a very big work ethic,” Brady said. “This is a state where people care for each other, there is not a lot of bragging, people stay humble and they want the government to leave them alone so they can lead their lives. So those values, frankly, are very much a part of me today.”

He has served 19 years in the House, representing Texas’ 8th district. After Ryan was elected as Speaker, the race for the Ways and Means Committee chairman began. Rep. Pat Tiberi, R-Ohio, was considered a frontrunner inside the beltway until Ryan endorsed Brady, according to Politico.

Bierle, who spent more than a decade on the Senate side of the Capitol, believes the Brady-Ryan relationship is special.

“Brady will be part of the new Speaker’s inner-circle,” Bierle said.

“I’m convinced we can have a fair, flatter, simpler tax code that’s built for growth,” Brady said. “Built for your growth, for a local businesses growth and for the growth of the economy.”

Brady’s election is an inspiration to Jordan Hanson, a sophomore political science student.

“You forget that it doesn’t matter where you start from, it matters what you do with it,” Hanson said. “It’s definitely inspiring because you remember he has achieved so much and it means that I can do the same.”

Bierle also believes his election will bring inspiration to many students and shows how far they can take their degrees.

“The only thing that stops our students is their own limited vision because if you want something badly enough, if you’re hungry enough for it, we can make that happen,” Bierle said.

Bierle believes having Brady as chairman of Ways and Means is a great reflection on USD.

“We can produce people that can compete in any place, and make it,” Bierle said. “And, certainly we’ll claim Brady and I think that he claims us.”