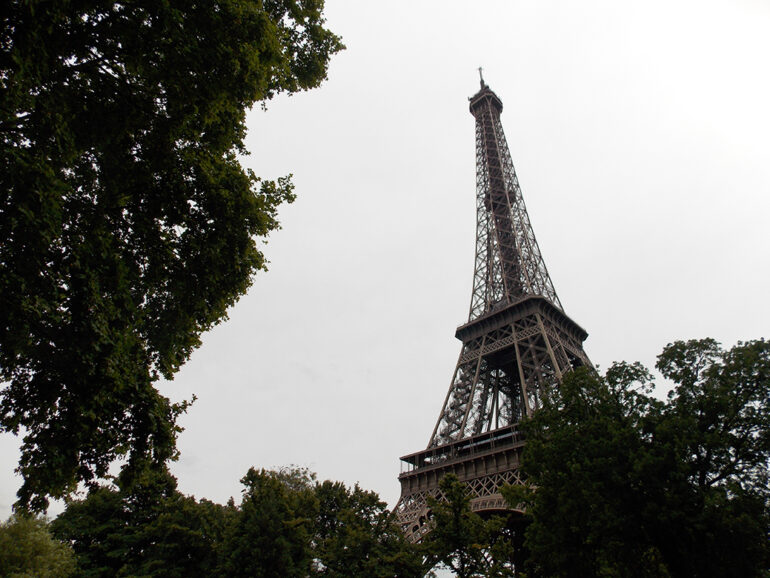 Campus
Joel Babb, a 1973 graduate of USD who lives in Paris, said the streets of the city were quiet Saturday morning and people were hunkered down in their homes. Josie Flatgard / The Volante

For Joel Babb, a real estate appraiser and 1973 graduate of USD, Nov. 13 was just another night in Paris.

He and his wife were asleep in their Parisian home in the city’s administrative district, located just a few blocks from the Eiffel Tower when they heard sirens.

That’s when they got the call from Babb’s mother-in-law asking them if they were safe.

At least eight terrorists had carried out coordinated attacks in the city’s 10th arrondissement, located on the opposite side of Paris from where the Babb family lives.

After the militants shot indiscriminately into crowds, took and killed hostages, and finally blew themselves up, at least 129 people of various nationalities were dead and hundreds more were injured.
buy finasteride online https://www.mabvi.org/wp-content/languages/new/usa/finasteride.html no prescription

The Islamic State of Iraq and Syria (ISIS) has since claimed responsibility for the attacks and French warplanes have begun bombing ISIS targets within Syria.

“We were asleep and my wife’s mother called us about these attacks in Paris,” Babb said in an email Saturday morning. “We live in the 15th which (is) on the opposite side of the center. In our district, which is close to the Eiffel Tower, we could hear a few sirens in the distance but that is not uncommon.”

After turning on the television, the family watched as city officials dealt with the deadliest terror attack in Europe since the 2004 Madrid bombings.

“We have various friends that live in that area or have a restaurant. We have not spoken directly to them but we hear is was pretty chaotic and terrifying,” Babb said.

Babb said the streets of Paris were quiet Saturday morning. While there are no armed police patrolling his neighborhood, Babb said there are security forces located about 15 minutes away from his house by the Eiffel Tower, Tracadero and the Assembly National.

“I saw nothing unusual on my dog walk. Just kind of quiet,” he said.

For Paris-born USD student Pauline Dumay, Friday night’s attacks happened in the same areas where she used to walk and shop before moving to the United States at the age of 16.

Dumay said she’s even attended concerts at the Le Bataclan, a concert hall where the majority of the fatalities occurred in the attacks.

“My uncle, my cousin and her husband and their kids live in downtown Paris and it’s scary because a week ago they were passing in front of these restaurants that got attacked,” she said.

After she found out about the attacks from her boyfriend, Dumay called her mother to find out if her family and friends were OK.

After hearing that everyone was safe, she prayed.

Since Friday night, Dumay said she’s received an outpouring of support from USD students and faculty.

“Everyone is very very thoughtful and it makes me really happy,” she said.

At halftime during Saturday’s football game against South Dakota State University, the Sound of USD performed the French national anthem, a touching gesture for Dumay.

“I was not expecting that, and when I saw the French flags and I heard them start to do their instruments I started crying,” she said.

Dumay said she believes the attacks could have been prevented if it wasn’t for what she describes as a lax immigration policy in regard to taking in refugees from the Syrian Civil War.

“I’m glad that France opened up their arms to the Syrians and everything, but also it’s France — it’s their fault for opening their arms like that,” she said. “It would have been different if we didn’t you know … because the Syrians came through the borders obviously. They should have been careful.”

Even though she wasn’t directly affected by the attacks, Dumay said she still feels bad about all of the families who lost loved ones Friday night.

“It’s still my country and I wish it was different,” Dumay said.

A pressing concern within the country is the threat of aggression against the large Muslim population from angry French citizens according to Sam Goff, a USD senior studying abroad in the southern French town of Pau.

“Among the people I have talked to here, the biggest concern is not safety for everyone but specifically for the fairly large and rapidly growing Muslim population,” Goff said in a Facebook message Sunday morning. “Especially any Syrian, refugee or otherwise, people are concerned since they reportedly found a Syrian passport close to one of terrorist’s body.”

Goff said she first heard about the attacks when she was eating supper with her host family. She said she can’t help but compare the uncertainty of how to go about normal day life that the French are feeling to the same way Americans felt after the 9/11 attacks.

“I didn’t find myself outraged or despairing, just trying to wrap my mind around the fact that was I was seeing wasn’t a movie, it was real life,” she said. “I did my very best using email and Facebook to let my friends and family know that I was safe and to inform them of the situation and asking for their prayers.”

Goff said she’s seen an outpouring of renewed patriotism by the French people and thinks it is a good sign of people rallying together against violence instead of inciting more.

“While some people are very frustrated with the hypocrisy of it, I personally find it incredibly inspiring that not only the world has rallied around France, but France herself has rediscovered some of her lost patriotism,” Goff said.