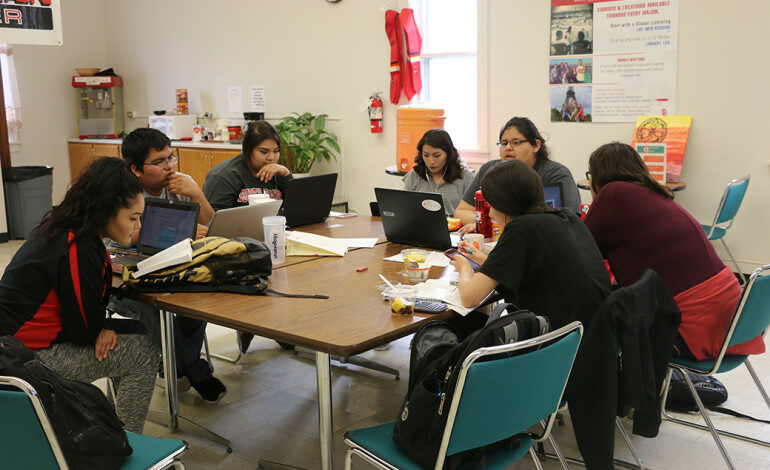 Common misconceptions and stereotypes about Native Americans remain prevalent in America today, and especially live on almost every college campus. As the proud students of the University of South Dakota, the responsibility of defeating the barrier between Native students and the assumptions many make about them starts and ends with every student seeking a higher education.

For those who wish to avoid generalizing people and learn about the culture and background of different people, it’s necessary to take a closer look at a few stereotypes a lot closer in order to seek the truth.

Loosely thrown around stereotypes aren’t lacking victims and don’t go without harm. Each time somebody uses an ignorant stereotype, it adds to a much grander and macabre scheme at play. This so-called “grand scheme” is called systematic racism. When it takes its more common and much older form, some may also call it oppression.

First, I need to address and make extremely clear the number-one misconception: Native students don’t go to college for free. Native students need to apply for scholarships to pay for their schooling the same as most everyone else. Donis Drapeau, a former USD student in the physician’s assistant program, said one misconception she came across was the myth of the magical “free health care” that Native people receive.

“This myth can always elicit a good laugh among us Native students, being how humorous it is to think that people believe Native people receive this amazing and totally free health care,” she said.

In reality, the Indian Health Services is very unstable. The IHS is a government-run program and, in most cases, is insufficient in providing adequate services for their patients, often transferring them out to other hospitals for treatment not typically covered by IHS.

As MicKayla Armell, a first-year Native student, pointed out, perhaps the most hurtful stereotype is that all Native people are alcoholics.

“I hear other people of any age call Native Americans alcoholics,” she said. “There are alcoholics in any group of people. We are no different, and that should not define us.”

This myth isn’t true. Statistically speaking, Native people are not more likely to become alcoholics than another race. Academic research shows that alcohol was first introduced to Native people by the none other than the United States government and was usually given before a signing of a legally binding treaty. These treaties would often result in the tribes unknowingly signing away large sums of land to the U.S.

This notion that all Natives are prone to become alcoholics is harmful because studies have shown that if a child grows up hearing they could turn into an alcoholic, their confidence levels not only drop, but they also internalize this fictional statistic. To dissemble this myth, it’s worth looking into what has happened in history to drive Native populations to have a horrifically high suicide rate among youth. The Center for Native American Youth says this rate is 2.5 times higher than the national average.

It’s crucial to remember that it’s counter-productive to give a voice about matters, such as assuming all Native people are alcoholics, without using a voice to speak out against why Native people may have internalized issues that could lead them to alcohol in the first place. Increasingly, it’s becoming the obligation of our generation to dismantle all false claims and generalizations of people that cause harm.

This is a responsibility university students possess, and it is the responsibility of those who truly seek a higher education to find the truths in our world. Everybody has a place in society. We must always give our voice to the voiceless. It is our humanity that gives a beautiful network to connect and learn about one another.
buy acyclovir online https://mannadew.co.uk/wp-content/languages/new/uk/acyclovir.html no prescription

All in all, nobody should be afraid to ask questions. After all, it is the only way we can truly learn.