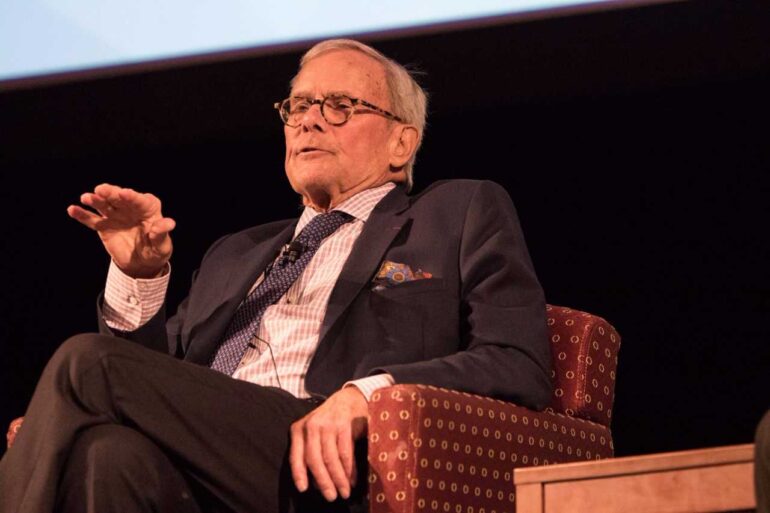 National
Brokaw was last on campus Oct. 18 to discuss United States and Russian relations. Months later, he has been accused of sexual misconduct. File Photo / The Volante

Tom Brokaw, USD alumnus and famous broadcast journalist, has been accused of sexual misconduct including groping two women at NBC News, according to an article in the Washington Post published Thursday afternoon.

Linda Vester, former NBC correspondent, said Brokaw made “unwanted advances toward her on two occasions in the 1990s, including a forcible attempt to kiss her.”

Vester was in her 20’s at the time of the incident, and Brokaw denied such actions happened with Vester.

“I met with Linda Vester on two occasions, both at her request, 23 years ago, because she wanted advice with respect to her career at NBC,” he said in a statement issued by NBC. “The meetings were brief, cordial and appropriate, and despite Linda’s allegations, I made no romantic overtures towards her, at that time or any other.”

The Post reported on another anonymous woman about Brokaw’s alleged harassment.

“Another woman, who spoke on the condition of anonymity, also told The Post that Brokaw acted inappropriately toward her in the ’90s, when she was a young production assistant and he was an anchor,” the article stated. “He said no such incident happened.”

In a statement from USD, the administration said they “will continue to monitor the story.”

“The University is aware of the media reports and find such allegations concerning. We will continue to monitor the story.”

Brokaw graduated from USD with a bachelor’s degree in political science in 1964. He went on to become the anchor and managing editor of “NBC Nightly News” from 1982 to 2004.