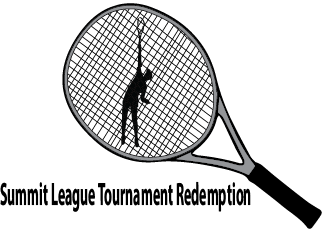 The women’s tennis team is looking for redemption after placing second last year at the Summit League Tournament.

The Coyotes (9-11) will head to Denver for the conference tournament on April 27, with hopes of being champions. The team is looking to strengthen their game to achieve that goal.

“We’ve put (ourselves) in a lot of good spots to win individual matches and team matches, we kind of faltered near the end closing some stuff out but… if we clean that up and play the game points well and have good shot selection and good thoughts at that time, I mean, we’re gonna be tough to beat next week,” said head coach Brett Barnett.

Senior Barbora Kollarova said each member of the team is versatile on the court, which gives them an advantage over other teams in the Summit League.

“And all of us (played) a couple of close matches so we are ready to deal (with) different situations on the court, like different pace and different players,” Kollarova said. “We are ready for close matches and close games and we know how to deal with it compared to some other teams don’t.”

Instead of being nervous about being in the Summit League Tournament for the first time, freshman Jana Lazarevic said she believes her age gives her an advantage over older opponents.

Lazarevic said she’s not nervous because she knows a lot about the other team they’ll be playing, since they played them during the regular season.

Coach Barnett is working with the team to use drills to improve some of their weaknesses, and said he hopes the players will incorporate those tactics into their game.

“We can adjust practices just a little bit more to make sure we feel confident, 100 percent confident to play doubles,” Kollarova said.

Coach Barnett is also confident the team is strong in singles play.

“We know going out there we’re gonna have six really good chances to win singles matches,” he said.

The tennis team knows that their first match up will be against Omaha, which they lost to by only one set according to goyotes.com. Lazarevic thinks USD’s team was a little too confident when they first played them.

“I think we can beat them now in the conference tournament because we have a really good team and we kind of underestimated them in our first match,” Lazarevic said.

Kollarova said for some of the newer players, staying calm will help them be successful.

“For freshman, especially newcomers, who haven’t been to tournament I think it’s important to make them relax,” she said.

Besides changing things on the court, Lazarevic is using other strategies to prepare her body for the competition like sleeping and eating habits despite having her hands full all of her commitments.

“Our schedule is really busy and I’m trying to get as much sleep as I can, I’m taking naps like three times a day, I’m trying to eat as healthy as I can between classes and practice and running from one side of the campus to the other,” she said.

Although the snow has slowed the team down as they don’t have indoor tennis courts, Lazarevic said she feels it doesn’t affect how they play.

“Not playing for a couple of days, like three or four, it doesn’t affect our game, but it kind of affects our mental game because we think it’s gonna affect our game and it usually doesn’t.” Lazarevic said.

The team hopes to have competitive contenders in next week’s Summit League Tournament, and hopes to beat Denver, who is the top of the conference going into tournament play.

“We’re not (kismet) being runner up… we definitely want to beat Denver and be the champions of the Summit League,” Brett said.