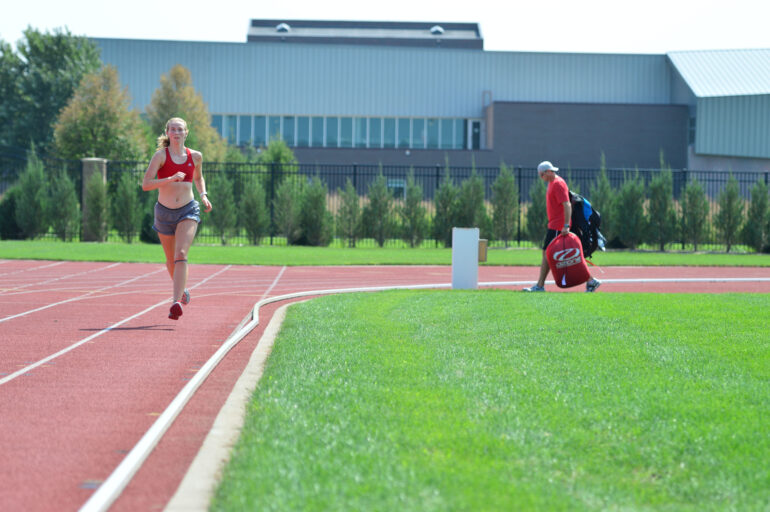 Friday, the women’s cross country team took home the crown for the third consecutive year at the Augustana Twilight in Sioux Falls.

The Coyote women totaled 24 points to win the event, while Nebraska finished second with 45 points. Five runners finished in the top 10 and seven in the top-15 for USD.

Senior Megan Billington set a new course record as she won gold in the 5000-meter distance with a time of 17:12.50.

Nebraska brought home the men’s title, while USD finished in fifth with a total of 144 points.

Senior Eldon Warner was the top runner for the men’s team, finishing seventh in the 7,000-meter distance with a time of 21:50.92.

The USD women’s triathlon team also ran with cross country in preparation for their Sept. 9 debut at Black Hills State. Freshman Leah Drengenberg was their top finisher at 60th with a time of 19:40.63.

The cross country team travels to Lincoln, NE, Sept. 15 to run in the Woody Greeno Invitational at the University of Nebraska.