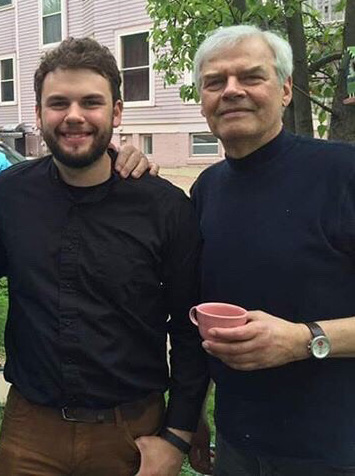 John Banasiak has taught photography classes at USD for the past 39 years, but his love for the art form began while growing up in the south side of Chicago. He said photography was rare in his family because it was expensive, but he became interested in it by watching spy movies.

“I remember pretending to have a spy camera in a pen or pencil,” John Banasiak said. “I would sometimes leave something that I thought was a camera anywhere and from that point, I’d be able to see everything else. I find myself still doing it.”

He didn’t start taking photography classes until after a few semesters into his time at the Art Institute of Chicago. Banasiak said he originally had gone to school for painting and drawing until one of his friends introduced him to a photography class.

“I thought, ‘wow this is really something,’” he said. “All those things I usually have to collect and put in my pockets, I’ll just photograph them. Not only objects but environments, people and all these other things I couldn’t put in my pocket. I collect them with my camera. I took so many pictures, I still haven’t gotten around to printing some of those photos I took in 1959.” 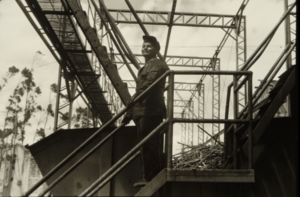 One of the photos John Banasiak took on a trip to Ecuador in 1993. Submitted photo | The Volante

John Banasiak said his love for photography centers around analog photography and the alchemy involved with darkroom work.

“There’s still a lot of room for invention, so last semester I invented this one process and it’s interesting the effect I get,” he said. “That’s what makes this a great adventure, you can tweak the basic understanding of what the photo process is in so many different ways. It’s magic. I like feeling like I’m an alchemist.”

His son, Byron Banasiak, also has a love for photography but leans toward digital photography and filmmaking.

“I had a video camera always handy and every once in a while, Byron would come up and he’d say ‘hey let me take some,’” John Banasiak said. “Him and his friends would come up with some story, a whole drama, and he’d film the whole thing.”

Byron Banasiak said he didn’t take art classes growing up, but he would always attend art shows with his dad. In high school, his dad showed him how to use an analog camera and work in a darkroom.

“We always had point and shoot cameras that we would as kids go around and take photos of random stuff with,” Byron Banasiak said. “But I didn’t really get into it until college. I did record things in high school, I was always recording videos of all my friends whether it was just audio recordings. I had like an iPod touch and I would film everything with the iPad touch.”

Like his dad, Byron Banasiak said he didn’t start making films until later on in his college career. During his senior year of college, he borrowed a camera from the art department and made his first two real films: an opening game day video and a Dakota Days video.

“When you’re filming, you’re more present in a way because you’re really aware of everything going on around you,” Byron Banasiak said. “The D-Days video was the second biggest video I ever made with a digital camera.”

The D-Days video went on to win an Eric Sevareid Award and led to his hiring in the USD Marketing department. Now he spends his time freelancing photos and films all around the world. His most recent trip was to Morocco and Spain. 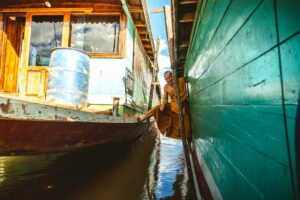 One of the photos Byron Banasiak took on a trip through Southeast Asia. Submitted Photo | The Volante

“I just never looked back,” Byron Banasiak said. “I’m going to keep doing this because it’s so fun and addicting and it’s taken me a lot of places.”

Byron Banasiak said two of the main things he’s learned from his dad are: “it doesn’t matter what you’re shooting with, it’s just getting it” and “always bring your camera.”

“He (John) is just a positive dude,” Byron Banasiak said. “He’s got a really good outlook on life and that’s taught me to have a pretty positive outlook and always just be a nice guy.”

John Banasiak said his son has grown into a “poetic”  photographer who is “developing his own visual language and style.”

“I don’t know how it (Byron’s work) compares to mine and I probably shouldn’t,” John Banasiak said. “He gives me more credit than I deserve because he was always an adventurous, inventive person on his own and whether I was there or not, he’d be who he is, I think.”