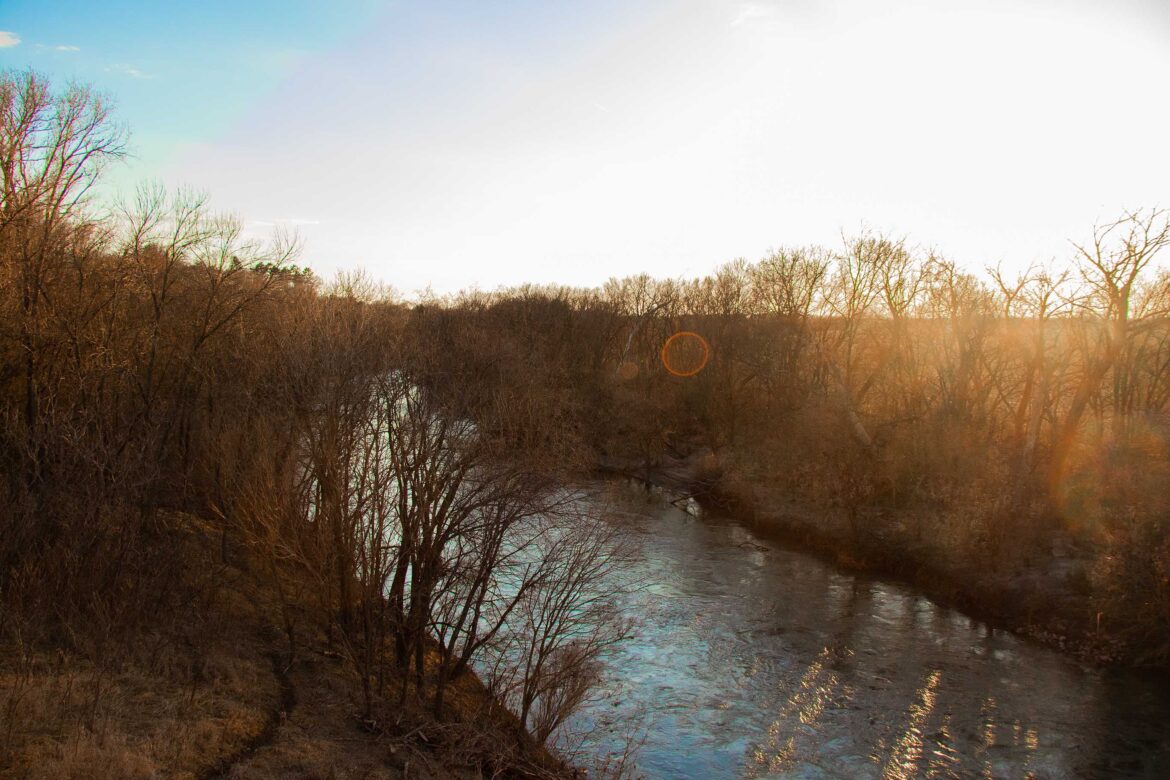 Over Earth’s history, the climate has experienced significant changes, even in the local communities of South Dakota. These changes, including ice ages and warmer periods of temperature, happened naturally over the course of millions of years.

Today, scientists say the Earth is experiencing global climate change at an accelerated rate due to human pollution and overpopulation. The changes are now happening over decades instead of millions of years.

Evidence of global climate change is often associated with rising sea levels and melting ice caps in the poles. But scientists say even in a landlocked state, like South Dakota, global warming is impacting communities. One of the most present impacts farmers and ranchers may notice here is extended growing seasons.

“Corn is being grown on land that’s not really suitable for it, but it’s being subsidized by the government so it’s economically feasible, but it’s not good in the long run,” he said. “The climate change is actually moving the conditions for corn east while people (are) growing it further west.”

Despite the shift in corn growing conditions, a report from ABC News found producers are now growing five to six times the amount of corn that was grown on the same land 100 years ago. However, the article said, this may only be temporary because “small temperature increases could seriously stress crops — especially if accompanied by drought.”

Sechrist said when there is a drought, farmers in the Midwest could face large amounts of dust and soil that prevents crops from growing, similar to the Dust Bowl conditions in the 1930s.

“We’re practicing somewhat better farming techniques now compared to what they did back then. So it has more to do with climate change now and it did back,” he said. “With climate change, you are going to have areas that will be hotter and drier, which could lead to similar outcomes.”

Mark Sweeney, a USD Earth science professor, said proving humans are enhancing global climate change is difficult because of confusion on what it really means.

“Global climate change is focused on long term climate change overall, not weather changes which are to be expected,” Sweeney said. “People think every year should be getting warmer without any interruptions. On average, the temperature of the globe is going up, but if you look at the data, it goes up and down all the time, so some years it’s warmer and some years it colder,” he said. “People need to understand that we are talking about long term changes in climate, not a day-to-day changes in weather.”

Sweeney has taught a semester-long course about global climate change and said he first focuses on how the Earth’s climate changed in the past. He then connects that to present-day climate change related to the greenhouse effect.At this point, analyzing and reducing the emission of greenhouse gases  is necessary. A carbon footprint calculator analyzes the emission and carbon offsets control it.

“The greenhouse effect has always been working on the planet, but the more greenhouse gases that are in the atmosphere the warmer it gets,” he said. “Today, one of the primary causes is the burning of fossil fuels including coal, natural gas and oil, which was created naturally millions of years ago, is being burned and that carbon is being released into the atmosphere at a rate that is faster than would be done naturally.”

No matter how many facts are presented, Sweeney said some people will reject the idea that humans are leading to an increase in greenhouse gases that accelerate climate change. To try and convince them, he relates evidence back to their daily life.

“If you can connect to the person on a relatable level, you might be able to make some headway in terms of convincing them the Earth is warming and that we’re a part of that,” he said. “If you’re talking to a farmer who has been on the land for decades and grew up on the farm, they are the ones who have been living this change. They have seen the snow be not nearly as deep as it was when they were a child and they are noticing an increase in the growing season in many cases. When you start to talk to them about something they can relate to, whatever preconceived notion they have about what is causing the climate to change they might come around.”

“Around here, we have picked two crops (corn and soybeans) that do extremely well in this area and we have fine-tuned them to survive under very specific conditions, but if we get changing conditions they are not going to be adapted to that. It is going to be very disruptive to our economy and biodiversity laws,” she said. “We have developed these systems around a very predictable and stable environment. Now we are going to move to not as predictable or stable environments. It’s going to be costly and damaging, especially to poorer people because they won’t have the means to buy new land if theirs is under water.”

Global warming and climate change are something Jarchow said is happening already and is hard to deny.

“Before we could say ‘in the future,’ (but now) we don’t have to look farther than Nebraska being underwater (to see the effects of climate change),” she said. “It’s a really doomy and gloomy reality and it will end up being an undesirable living condition. But if we address it sooner, it will be less problematic than if we wait to address it later.”

Although reducing the burning of fossil fuels will ultimately help the environment, Sweeney said it will not stop global warming, but it is a step.

“You can’t really stop climate change from happening dead in its tracks. If we stopped emitting all greenhouse gases today, the Earth would still warm several years in the future because those gases hang out in the atmosphere for hundreds of years,” he said. “We want to keep the global average temperature from rising from 1.5-2 degrees Celsius. We want to keep it below that. That would require an aggressive reduction in the number of greenhouse gases we omit. That means we need to invest money into renewable energy schemes and other ways to reduce greenhouse gases in the atmosphere.”

Ways to limit omitting greenhouse gases are riding a bike or driving less, limiting electricity in homes or switching to more solar and wind energy sources.

“We need to want to change our lifestyles in a way that results in fewer greenhouse gases admitted. We can do on a personal level to help that, but we should also be thinking about the positive economic impact of having a more green economy could have on the nation,” Sweeney said.