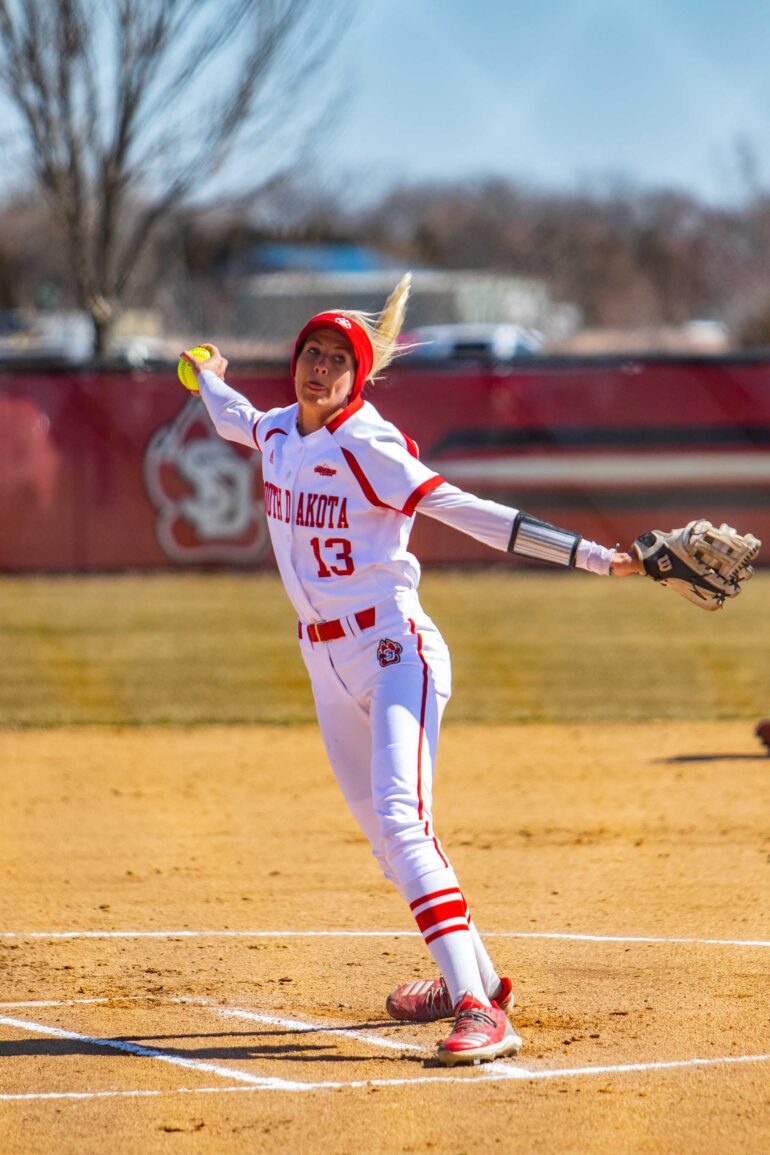 Redshirt-sophomore pitcher Alexis Devers has won her last six games. In those games, she has yielded zero home runs and has thrown 20 strikeouts.

While she was 1-11 with a 7.29 Earned Run Average (ERA) last year, Devers is 15-10 this year and her ERA is 3.21. However, she’s more than just a strong arm. Sophomore pitcher Sarah Lisko said Devers brings a positive mindset and strong work ethic to the team.

“She’s super, super sassy. She brings a lot of attitude,” Lisko said. “It keeps our team nice and spunky, but she’s also really gritty and she’ll work super hard to get the job done.”

Pitchers are asked to do drills outside the pitching circle, and Lisko said Devers keeps them fun though the repetitions don’t always translate to gameplay.

“We only pitch. We don’t hit. We don’t field. So, sometimes (the coaches) make us do infield drills and you could complain about it and say ‘oh, we don’t need to learn this’ … but she keeps it really fun,” Lisko said.

While the 5’11” right-hander has a fun mindset, Devers also knows how to persevere through times that aren’t so fun. The native of Peoria, Az. toughened up from playing in high temperatures, sometimes more than 120 degrees, at a young age.

It was a quick decision. After a phone call with Coach Wagner, she signed her letter of intent the same night. Upon arrival, Devers immediately had to adjust to the frigid South Dakota weather.

“I come here and I’m not joking, every day, I get my Lululemon bag with all of my layers packed in it because you never know. It could be nice and sunny and 50 degrees and then 20 minutes later, that crazy wind could come in and you could freeze your tail off,” Devers said.

Game after game at Nygaard Field, especially after a tough 2018 campaign, Devers learned to play with ice in her veins, Lisko said.

“When things go wrong, she’s kind of like a brick wall out there. Doesn’t really let (the pressure) affect her that much,” Lisko said.

As a nursing major, Devers hopes softball has prepared her for challenges in the workplace.

“I’m going to have days that I have tough patients, but it’s how you handle those situations that are going to help you move on and be better in your profession, and it’s the same way here with softball,” Devers said.

While Devers is unsure whether she wants to live in the Midwest or go back home to Arizona after college, she plans to remain in South Dakota for at least a couple more years to support her sister, who will play for the Coyotes next year.

Before she thinks about playing with her sister next year or plans after college, however, she said her focus is locked on winning with the Coyotes.

“The thing that motivates me is just overall goal of this team,” Devers said. “The fact that we are all working towards one thing and that’s winning a conference championship and then going on to win the tournament.”